For this reason, we wanted to write a blog series looking at Responding to Sibling Sexual Abuse. Today’s entry marks the first in what will be a four part series, with this entry introducing the topic and looking at its impacts on children and families. Subsequent entries will look at a model for response which we have been trialling at the Australian Childhood Foundation. We look forward to hearing your thoughts, questions and responses on the topic. 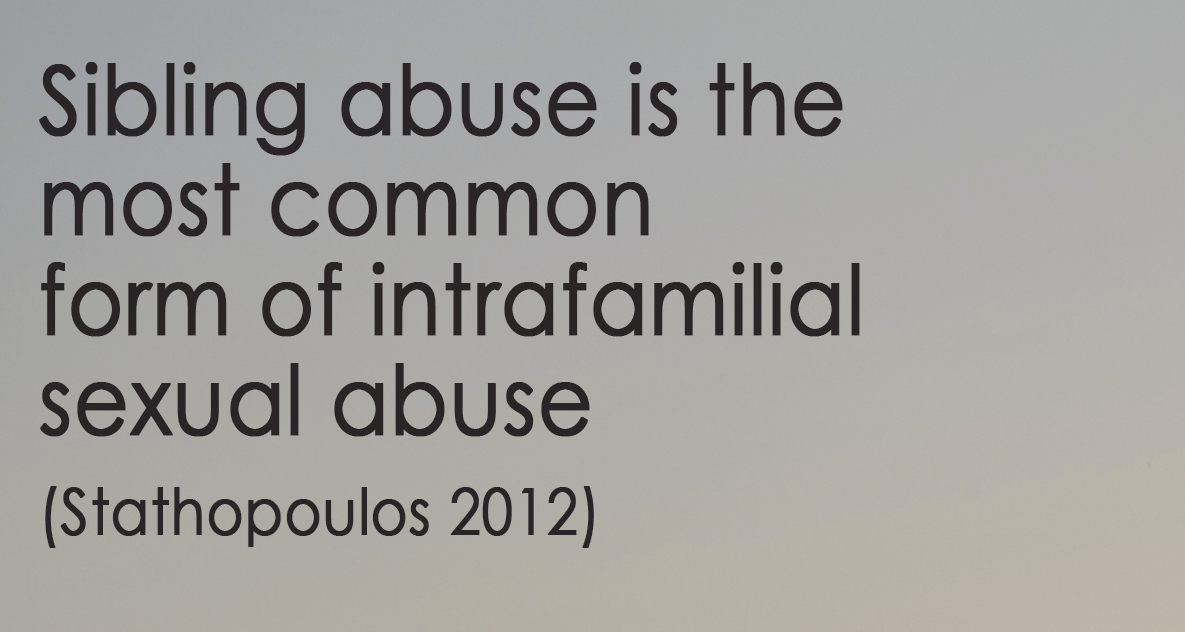 Sibling Sexual Abuse is commonly defined as sexual behaviour that is coerced, manipulated or forced on a child by an older sibling (Caffaro 2014). Frequently the child engaging in the abusive behaviour is a brother and the victim child is often younger, more isolated and vulnerable (Stathopoulos 2012).

There is general agreement in the literature that sibling abuse is the most common form of intrafamilial sexual abuse (Stathopoulos 2012). This is due primarily to access and availability of younger siblings within the home (Hatch 2005). Anecdotally, more than half of the children and young people attending our service for treatment for problem sexual behaviour or sexually harmful behaviour were in relation to sibling sexual abuse. These figures would also fit with other treatment services in Australia such as the New St service in NSW that reported 50% of clients in their sexual behaviour programs had engaged in sibling sexual abuse (Tolliday Sept 2014). The reason the abuse is not disclosed or reported earlier is varied and includes the targeted or victim child not wanting to upset their parents, not being believed or a view that he/she was an active participant in the abuse and could have stopped it (Welfare 2008, Caffaro 2014). At times parents maybe aware that the abuse has occurred but elect not to pursue treatment as a result of sense of shame and or believe their sons when they promise to stop the abuse.

The importance of Language

It is important in this discussion on sibling abuse that we neither demonise nor minimise the impact of the children or young people engaging in sexually abusive behaviours. They have variously been described in the literature as being sibling sex offenders and or perpetrators. The language is not helpful as it fails to distinguish that these are children and young people and not adults who are still developing and growing. Further the use of the label of sibling sex offender/ perpetrator may serve to shame the young person and the family and thereby act as a deterrent in treatment. The language we use separates the behaviour from the young person and describes the young person as engaging in sexually harmful or abusive behaviour. Terms such as this recognise that this is a young person whose behaviour has caused harm but that equally they may have suffered a range of disruptive experiences that has affected their developmental pathway. The aim of a therapeutic response to these young people is to assist them to get back on track to developing healthy relationships.

In families where sibling abuse has occurred, it is not uncommon to hear parents and professionals say “we thought it was just the kids mucking around- a bit of rough play, nothing too serious”. However research suggests that the impact on the targeted/victim child can be no less devastating than that of father daughter incest (Caffaro 2012). A study by Hatch (2002) found that sibling abuse cases involved more verbal threats and penetrative acts than non sibling abuse cases. Similar results were also found by the New St Service. 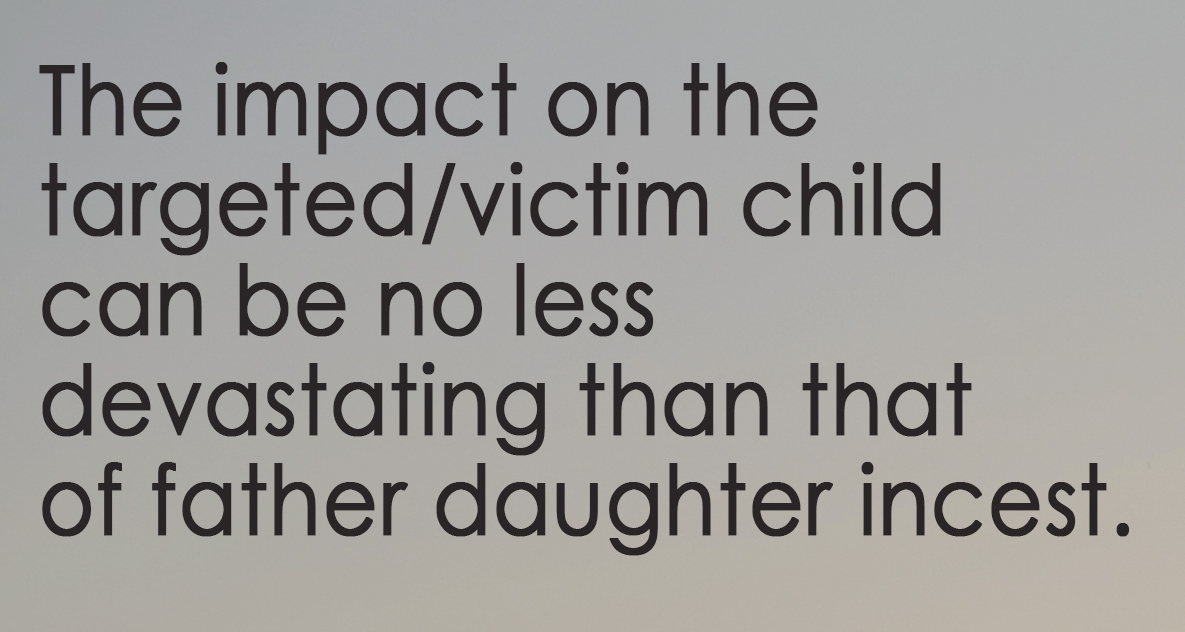 Additionally the average duration of the abuse can last from anywhere between four to six years (Welfare 2008, Stathopoulos 2012).

The impact of the abuse will vary depend on its nature, severity, duration as well as the family’s response to the targeted/victim child. It is clear however that the consequences for the targeted/victim child is traumatic. It includes post traumatic symptoms, such as memory intrusion, hyperarousal and behavioural difficulties. Longer term impacts include difficulties in interpersonal relationships, particularly intimate relationships. Finally, victims of sibling abuse are likely to experience greater difficulties in maintaining relationships with their parents than when there has been intergenerational assault (Welfare 2008, Caffaro 2014 and Stathopoulos 2012).

The disclosure of the sibling sexual abuse can be a traumatic period in the family. After the initial shock, parents often report feeling a huge sense of shame about what has occurred. This shame prevents them from being able to talk about the abuse or seek support from extended family and friends. Parents are then left to manage this very difficult situation on their own, leading to a great deal of stress to the family system (Welfare 2008). One mother could not tell her parents whom she was very close to about what happened between her son and daughter, cancelling a family holiday, rather than risk revealing details of the abuse

Shame can also lead to the parents believing they are responsible for the abuse and a sense of failure for not having protected their victim child. The complex act of supporting both the child who has abused and the abused child may lead to parents minimising what has happened and delay in seeking professional help

The importance of engaging the whole family in treatment early is vital. Parents need to be able to both support and hold the young person engaging in the sexually abusive behaviour accountable whilst at the same time acknowledging the pain and hurt the targeted/victim child has endured and ensuring they receive the appropriate support (Welfare 2008, Caffaro 2012). This is a tough job of parents to manage at a time when they are struggling with their own grief and trauma and requires great sensitivity and understanding from the therapist.

The next article will outline the process of engaging families and providing therapeutic treatment where sibling sexual abuse has occurred.

Counting the costs – children lose more than you might think when they experience family violence.

There is no doubt that in addition to the traumatic impact felt directly by children, family violence can also lead to loss on multiple levels.

Changes in child protection law – what you need to know

Our work with the Safeguarding Children Program sees us connecting with a wide variety of organisations around Australia who are working with children and young people.  One issue that proves tricky for many, is the constantly changing legislative landscape.  We thought we might use this post to bring you up to date with some of the new laws in Victoria that affect ALL ADULTS in Victoria. We will look at other states and territories in subsequent posts.