Preventable Violence – Is engaging fathers the solution to creating a safer society?

This blog entry is authored by therapist and author, Timothy O’Leary, delving into the psyche of men who use violence, to reveal how engaging fathers can help to create a safer society. Tim is the author of Dads Who Can: Love, Nurture, Play. www.timothyoleary.com.au

Melbourne has again been rocked by senseless violence where a man with an alleged history of violence ran down innocent pedestrians in Melbourne’s Bourke street mall, resulting in four deaths, including a 3-month old baby boy1. Aside from the horror of this event, it occurred on the same day that the alleged offender, Dimitrious Gargasoulas, was due to appear in court, having been recently bailed despite his alleged history of violence2. 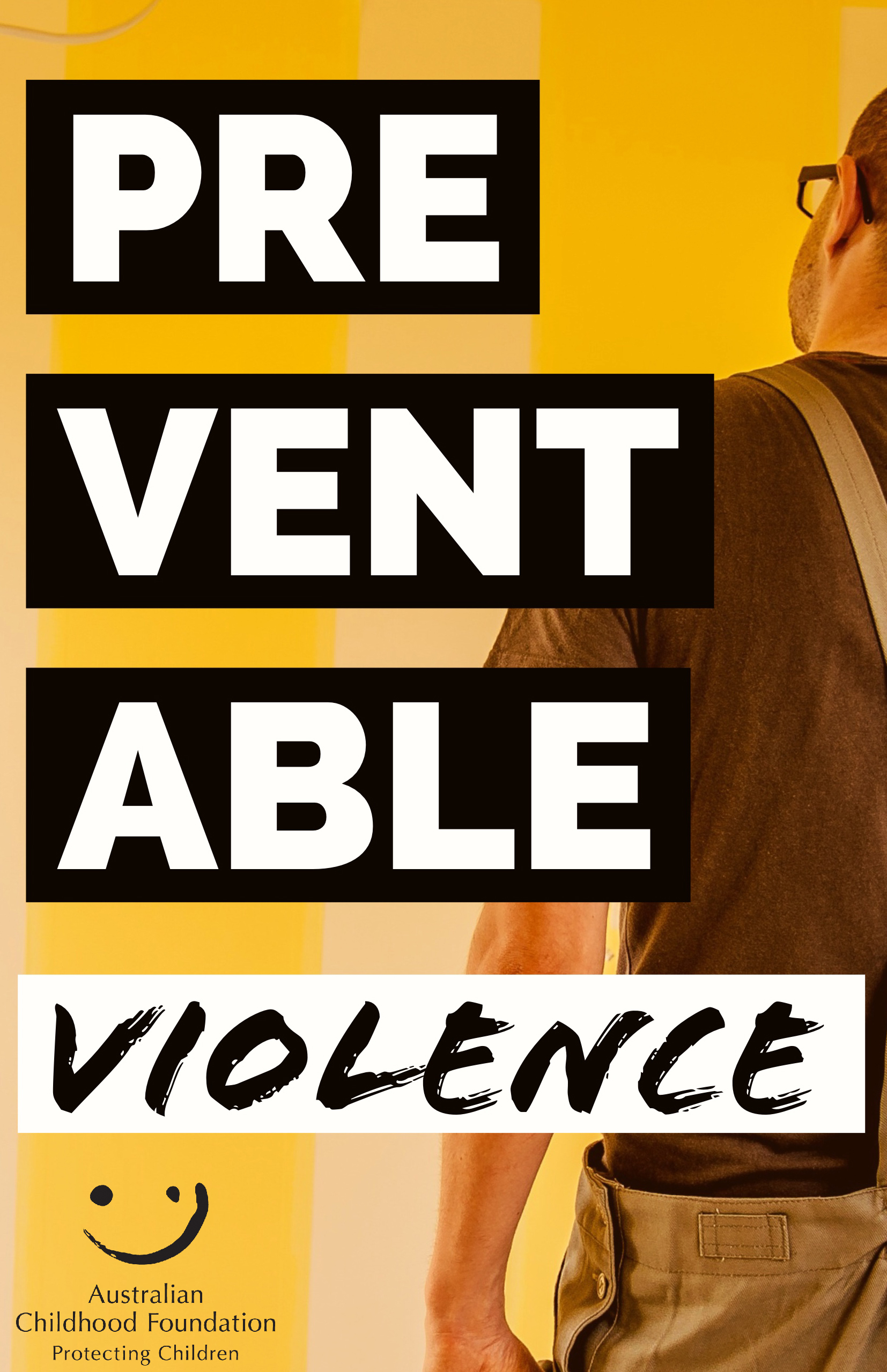 Outrage at this failing of the bail system, revived memories of the death of Jill Meagher who was raped and murdered, while walking home from a pub in Brunswick, Melbourne.

It emerged that her attacker, Adrian Bailey had been on parole when he committed the crime and should have been behind bars, were it not for an an undetected parole violation. In 2013, the then Premier of Victoria, Denis Napthine commented, “there is no doubt the system failed Jill Meagher.”

This led in 2016, to the Victorian Coroner finding that the murder of Jill Meagher was ‘preventable’ with Ian Callinan AC, saying, “I think that the Parole Board had both cause and opportunity to cancel Bayley’s parole”.

When Melbournians found out that Jill Meagher’s death was ‘preventable’ their horror shifted to outrage. Where previously tens of thousands had marched in sympathy and respect to Jill Meagher and her family, now they took to talkback, commenting on this senseless insult to women’s safety.

The word ‘preventable’ stuck in my mind. As fatherhood expert, prevention is at the core of my work and I saw Bailey’s rape and murder of Jill Meagher as preventable, long before he violated his parole conditions.

While I was relieved to see changes to the Parole laws come into effect, it seemed disrespectful to Jill Meagher, if the only changes since her death concerned tightening parole violations.

In April 2013, Adrian Bayley pleaded guilty to Meagher’s rape and murder and was sentenced to life with a 35-year non-parole period. More sexual assault convictions followed and his jail term was extended to 40 years, making Bayley eligible for parole in 2055.

Judging by the vitriol on social media towards Bailey, you’d be forgiven for thinking that when he eventually walked out of prison he’d be greeted by a lynch mob, such was the level of hate evoked by his crimes.

You might even expect Jill Meagher’s husband, Tom to lead them. However, in 2014, Tom Meagher wrote an essay on the Irish White Ribbon website3, seeking to debunk the myths about rapists and murderers. He wrote that he “ dreamed for over a year of how I would like to physically hurt this man … but wouldn’t it be more beneficial for Jill’s memory, and other women affected by violence, to focus on the problems that surround our attitudes, our legal system, our silence, rather than focusing on what manner we would like to torture and murder this individual?”

While it is understandable that people see Bayley as a monster, the danger in such a view is that it erases the chain of events in his childhood that led to his use of violence. 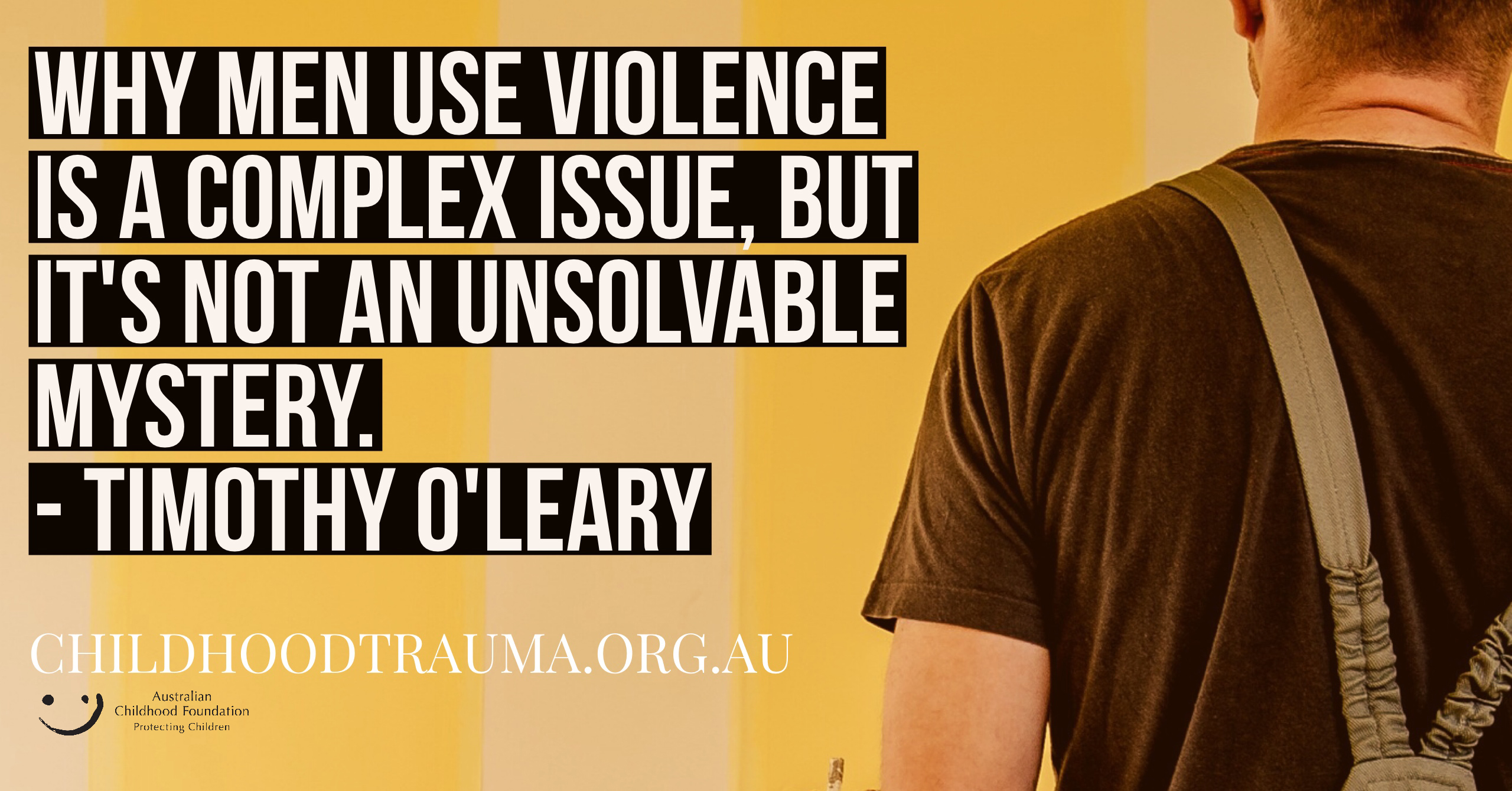 Why men use violence is a complex issue, but it’s not an unsolvable mystery. Longitudinal studies4 show that a predisposition for violence is visible from as young as three years, with a child’s uncontrolled temperament linked to aggression in adulthood.

Impulsive, hyperactive and callous traits in 8 to 13 year-olds are also associated with adult offending and violence3. Bailey himself, grew up with violence. It’s certainly no excuse and he’s got a lengthy jail term to ponder where his pre-disposition to violence came from.

Tom Meagher described how “Three days after Jill’s body was found, 30,000 people marched respectfully down Sydney Road. I watched on T.V as the long parade of people reacted to their anger at what happened to Jill with love and compassion, the very opposite of everything Bayley represents. I remember my sister’s voice from behind me as I fixed my eyes on the images saying, “wow, people really care about this.”

I think people still really care about this. Last year four ‘good Samaritans’ chased down a man who tried to rape a heavily pregnant woman on a Brunswick bike path nearby where Adrian Bayley took Jill Meagher’s life. One of them was Father-of-two, Andrew Pappas who said he couldn’t help but think of what happened to Ms. Meagher, “After what happened to Jill, as a community we all have a responsibility for everyone else in our community,” he said.

But I believe that our responsibility is much broader. As terrible as the things Bailey has done, he wasn’t born a murderer, he became one.

He, like so many others. needed intervention every turning point in that deviant process. While it’s too late to help Bailey, many of us work with young men whose current life-trajectories are scarily similar to that of Bayley’s. However, these boys are not evil, they’re usually extremely disadvantaged, traumatised and lack the essential life-skills that are required for healthy and respectful relating.

Many of them are like this due to absent or aggressive fathers. The better we engage their dads, the better these boys will develop. I believe our ability to engage dads in ‘positive fatherhood’ holds the key to much happier, healthier, and safer society.

The four ‘gates’ to a non-violent society.

There has been extensive research into the good and bad sides of fatherhood over the past twenty years7. When dads are positively involved in their children’s lives, their kids have better mental and physical health and enjoy improved educational and social outcomes, compared to children whose dads were absent or maltreating.

We know that growing up with family violence increases a man’s risks of using violence, while the boys whose fathers are positively involved, gain four ‘gates’ that are lacking in men who act violently.

The first, often overlooked ‘gate’, is that of Self-control. The ability to control your emotions and impulses is a one of the strongest predictors of achievement in school and the workplace9.

The brain is primed to learn self–regulation in the early years but it is much harder to develop effective strategies for managing impulse-control, later in life.

It’s why John Medina6, author of Brain Rules for baby, advises parents that if they want their children to do well at school, to teach them impulse-control in the early years. If the boy didn’t get the parenting he required to develop impulse control, it’s one less gate closed off to violence.

The second gate is the recognition and respect that violence is illegal and unethical. Most men are appalled at the idea of wife-battering, whereas men who use violence know it’s a crime, but employ ‘thinking-errors’8, such as ‘she made me do it’, to over-ride the law, opening this gate to their use of violence. Challenging sexism and making a pledge against violence on white ribbon day is important, however it’s also only focusing on this second gate.

The next ‘gate’ is victim-empathy. The idea of inflicting pain upon a loved one is abhorrent to most of us. As angry and frustrated as you might feel towards your partner, victim-empathy shuts the gate on violence. You should acquire empathy in the toddler phase, during a critical period of brain growth where empathy and social-norms are internalised.

I’ve run enough men’s violence groups to know that teaching adult men empathy is a big ask. As Mary Gordon2 says, ’empathy can’t be taught but it can be caught’. It is best ‘caught’ during early childhood when the child’s heart can still be reached, and the work of Dan Hughe’s inspires us in how to do this. By adulthood, the boys who grow up without empathy, become hardened young men, who view empathy as a weakness, thus removing another gate that should otherwise stop their violence.

The final gate is to know better and to use better tools10. Violence is an unacceptable tool. Instead of being violent, men need to take responsibility for their lives and to use problem-solving and stress-management tools, to work things out and keep everyone safe. It’s not always easy but it isn’t rocket-science either. These are the essential life skills of healthy, respectful relating, stress-management and problem-solving. The earlier we teach and role-model these tools to our kids, the better.

Restoring the gates, to stop violence, can and must be done. Boys who don’t have self-control and empathy soon find themselves in school settings where they are pitted against authority figures with punitive discipline approaches. These angry boys easily become oppositional and defiant towards the teachers whose patience soon wears thin.

While their peers are getting an education, these boys are gaining a reputation. If things deteriorate they enter the juvenile justice system. Their new peers share their anti-authority stance, an unhealthy masculinity and have similar thinking-errors that endorse using violence and disregarding the law. The consequences are both predictable and devastating.

This is an expanded version of Tim’s presentation at the 2016 International Childhood Trauma Conference in Melbourne.

3. Tom Meagher’s essay on the Irish White Ribbon website, “The Danger of the Monster Myth”, retrieved from https://whiteribbonblog.com/2014/04/17/the-danger-of-the-monster-myth/

5. Fonagy, P. (2008) in Early life and the prevention of violence in Campher, R (ed): Violence in Children: Understanding and Helping Those Who Harm. London, Karnac.

6. John Medina (2014) Brain Rules for Baby (Updated and Expanded): How to Raise a Smart and Happy Child from Zero to Five, Pear Press:Seattle.

Relationships: at the heart of what we do, but can our hearts take it?

My view is that working relationally with the young people in our care is a privilege writes Occupational Therapist and Therapeutic Specialist Jennifer Gay. Here she explores the challenges of sharing yourself in the therapeutic relationship alongside of the resulting emotional cost.

Part 2 in the series looking at the strong correlation between suicide and early childhood sexual assault. We thought we’d take the opportunity over two blog posts, to discuss the research literature and then share some ideas about how we might contribute to better work with this vulnerable population.