Kinship or relative care refers to the care provided by relatives or members of the child’s social network when a child or young person is unable to live at home with their parents, and is the preferred placement option within the child protection system. Children and young people entering out of home care bring their own unique issues and difficulties and often present with a range of significant behavioural, emotional, health and physical needs that reflect their history of neglect, disadvantage and abuse

In this first part of a two part series, I explore the messages from the research about the support needs of kinship or relative carers.

Much of the research on kinship care is from the USA, and less so the UK. This, itself, imposes limitations on the extent to which the outcomes can be translated into the Australian context.

Research in the USA and UK has found that kinship carers tend to be older (mostly grandparents) and significantly more disadvantaged than foster carers. Many were found to be lone carers living in overcrowded conditions, experiencing poor health, financial hardship, social isolation and lower levels of education than foster carers. As such, it is reasonable to conclude that kinship carers potentially face significant challenges in providing care.

Many kinship carers have been found to experience difficulties in their relationship with the child’s parents or other family members, with adversarial and conflictual relationships not uncommon. Grandparents also experience acute emotional reactions to their family situation with many experiencing psychological distress in the clinical range. 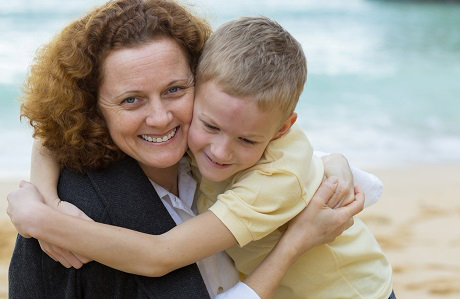 Echoing international findings, the Australian study ‘Grandparents raising Grandchildren’ found that children in kinship care are emotionally and sometimes intellectually and physically harmed by their experiences of abuse and neglect. The study found that grandparents felt unsupported by the legal system, struggled financially, experienced poorer health, lacked access to specialist children and family services and wanted ongoing support and advice to assist them to meet the needs of the children in their care. In short, grandparents wanted the same support as foster carers.

Kinship carers have a range of unmet needs that mirror those of foster carers but with the added complication of the challenges they face within their families of origin. To facilitate the success of the placement, support of carers is thus vital. Caring for abused and traumatised children is not necessarily made easier by virtue of being related.

More specifically, many have argued that kinship carers need:

The needs of kinship carers are critical for the system to comprehend and acknowledge. The attention to this form of care has a very recent history in policy and research. It is critical that new models of support are developed are effective in meeting their needs and the children they look after.

Part 2 of this series, looking at the critical role of Aboriginal Kinship and Relative Carers will be published on the 21st September.

The second in a two part series on Practice Leadership written by Deputy CEO Janise Mitchell.  This entry particularly looks at what a Practice Leader does.

This blog is the second part of a two-part serious on critical incident management to protect children.

This blog entry was authored by Noel MacNamara, National Manger Policy and Research My wife and I care for two children: 6 and 10 years old. They were exposed to multiple traumatic events prior to coming into our care. These events were compounded by attempts to reunify them with their parents. What follows will be …