I’ve recently moved house, and discovered that I’d underestimated just how stressful that can be! What is it about all those situations that are ‘right up there’ on the Richter Scale of stressful life events?…having a baby, changing jobs, relationship breakdowns, moving house? Each one is a transition from one situation to another- placing us ‘up the creek without a paddle’ or ‘out in the middle of a lake and having to step from a 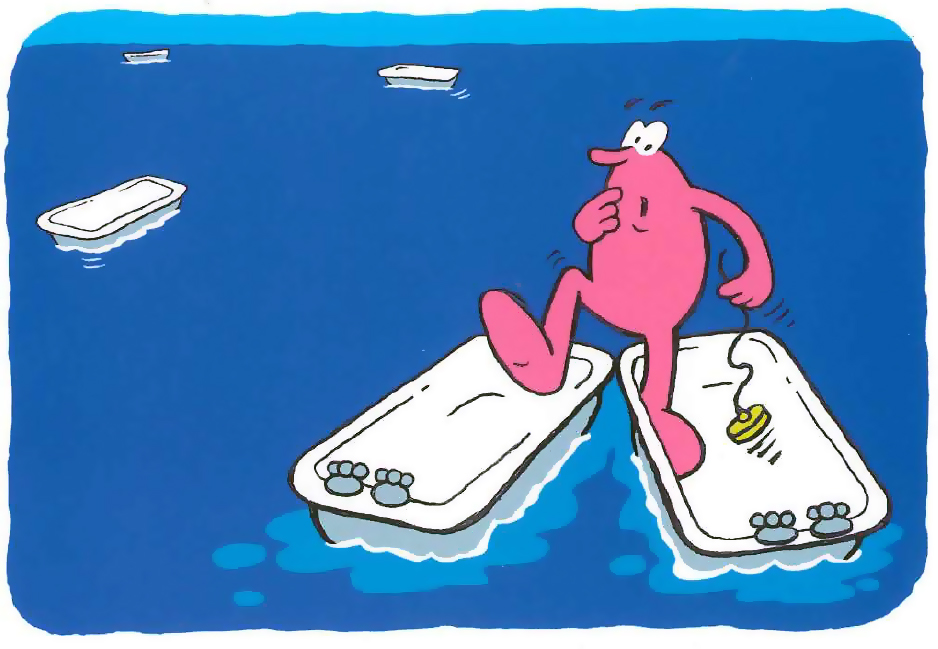 sinking boat into another boat’. I think that image on one of the ‘Ups ‘n Downs’ cards (right) produced by Innovative Resources, says it all about transitions- particularly about our discomfort when we’re in that wobbly no-man’s-land between one state or place, and the next.

Transitions are tricky for all of us, but can be terrifying for our traumatised children. For a traumatised child, any change at all, can feel threatening. Anything that’s unpredictable or new or surprising (and that includes positive, happy surprises), can tip the traumatised child’s physiology into defensive mode, preparing him to fight or run away from, the ‘enemy’, or to freeze or disengage from reality.

What we all want for children, is for them to be able to play, to learn and to enjoy being with other children and adults. But as Stephen Porges illustrates with his Polyvagal Theory, we can only play, learn and have fun with others when our nervous system detects that all is safe. So our job when working with young children, is largely to help them to feel safe.

I like the notion that predictability is a metaphor for safety. So what can we do to ensure that a child’s normal day in an early years service, is predictable enough for him to be able to play, learn and engage with us? 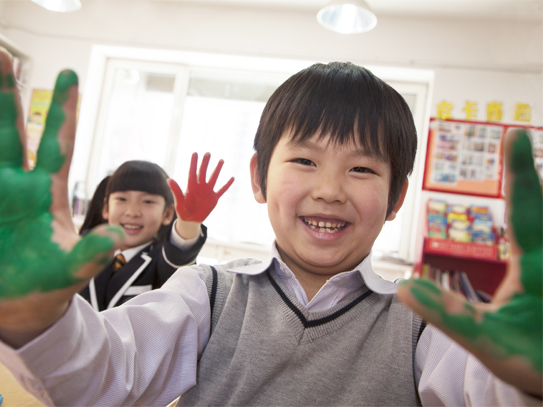 On my training travels, I’ve been privileged to hear some great ideas shared by early years professionals. Sydney-based psychologist Robyn Dolby has done some wonderful work with pre-schools to embed predictability into the child’s day. Based on the Circle of Security model, parents and staff receive training which puts them all ‘on the same page.’ One pre-school chose to particularly focus on the children’s ‘comings and goings’: arriving at a Centre and leaving at the end of the day, being major transitions for young children when they ‘step out of one boat and into another’.

Each child has a primary caregiver at the Centre who is always in the same place when the child arrives. The educator stays with the child as he ‘warms up’ before transitioning onto joining the other children. There is a negotiated greeting and goodbye ‘script’ that the child comes to know, as it doesn’t change. The staff also play simple ‘coming and going’ games with the children during the sessions.

The Dalwood Spilstead Service (also in Sydney) ensures that the child knows that on arrival at the centre, he will find the same person in the same place (often doing the same sensory activity). One member of staff told listeners of a radio interview about a little boy who would run his hands back and forth in shaving cream at his familiar table beside his familiar carer for up to 20 minutes, before he felt safe enough and regulated enough, to move on to something else.

Many early years providers like to move the furniture around in the holidays ‘for a change’. But how might it feel for a traumatised child to return after the holidays to find that the home corner is no longer where it used to be? Some have suggested that it’s a good idea to include the children in making decisions about any changes in their play spaces …and to have them help to move furniture etc.

We also need to pay attention to the smaller transitions such as when children move from inside time to outside time, from play time to mat time, from being awake to going to sleep….. I’ve seen some great transitional strategies in practice in Gippsland pre-schools where for instance children sit on a ‘waiting log’ when they’ve packed up their outside equipment and are waiting for the rest of the children. Once all the children are on the log, staff might lead a special song that indicates it’s time to move back inside. Another idea involved children planting a representation of themselves (a laminated photo of their hand) in a pot of sand whenever they moved from inside to outside and vice versa.

If we listed every one of the times we ask young children to step from one boat to another on any ordinary day, we’d probably be surprised at the number of times we potentially make them feel unsafe every day. You can’t underestimate just how stressful change can be!

The Story Of Their Life: Supporting young people in care to make sense of their world

This ‘The story of their life: supporting young people in care to make sense of their world’ blog article was written by Jennifer Gay, Team leader, with contributions from the wider Victorian Therapeutic Services team at the Australian Childhood Foundation.   For many of the young people in Out-of-home care their lives have been characterised …

An exploration of Australia's need for a National Therapeutic Care Alliance to clarify collective thinking, resource quality research and explore complex practice and standards for Australian children and young people in Out of Home Care.