“It’s a bit like the beginning of a Mexican wave at the MCG. It really starts with a small group of people who … are willing to put a lot of energy into it and it’s their passion, their energy and their commitment that can get 100,000 people to follow them in a wave that can last a long time.” 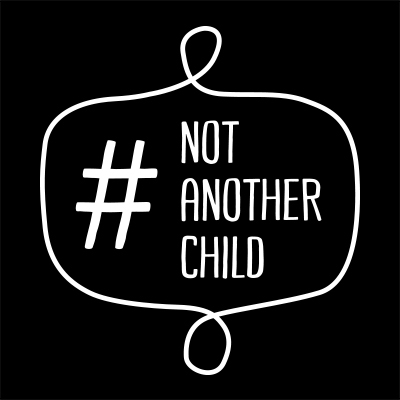 Our CEO Dr Joe Tucci is talking about the movement to make the issue of child abuse a national priority, which the Foundation instigated through our #NotAnotherChild campaign launched by Patron Chris Hemsworth in September last year.

The movement, says Joe, is about “creating a wave of awareness, a wave of discussion that carries us forward as a nation and says ‘Child abuse needs to stop. All of us need to take some action to make sure that it does stop, and one child is one child too many. Not another child should have to suffer.’” 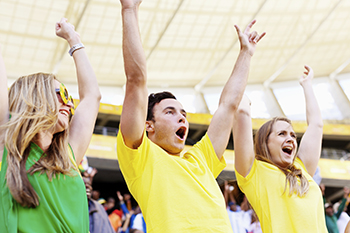 The leaders of our Mexican wave are people in our community who are so passionate about this cause they have assembled ready and willing followers in what we call ‘Community Action Teams’ dedicated to creating change in ways that are as diverse and varied as the teams themselves.

We’re working with the team model for a couple of major reasons: firstly to broaden the reach and the conversations – a group will naturally have a more extensive and far-reaching network of contacts than any single individual; and secondly to provide another layer of support, inspiration, camaraderie and motivation on top of that provided by the Foundation.

Damien Vurlow, Aimee Haley and Nadia Bergineti were the first leaders to come back to us with fully-formed teams, each of between 6 and 9 people. Each team was immediately set on a course of learning more about the issue of child abuse in Australia, the work of the Foundation, the purpose of the movement and their teams’ potential role in it.

The Foundation is clear that this is a movement that will create social change only if it is driven by the community. We as an organisation don’t want to dictate the terms or the direction of people’s passion to create this kind of change. We believe our role is to empower the teams with the confidence that comes from knowledge and understanding, and then step out of the way to let them find for themselves the way they want (or are able) to direct their energies and skills. Our only stipulations revolve around safety measures, and a code of conduct that represents the best interests of children and also the measures we demand of ourselves. The rest is really up to them.

Damien, of South Australia, says this approach was appealing to him. 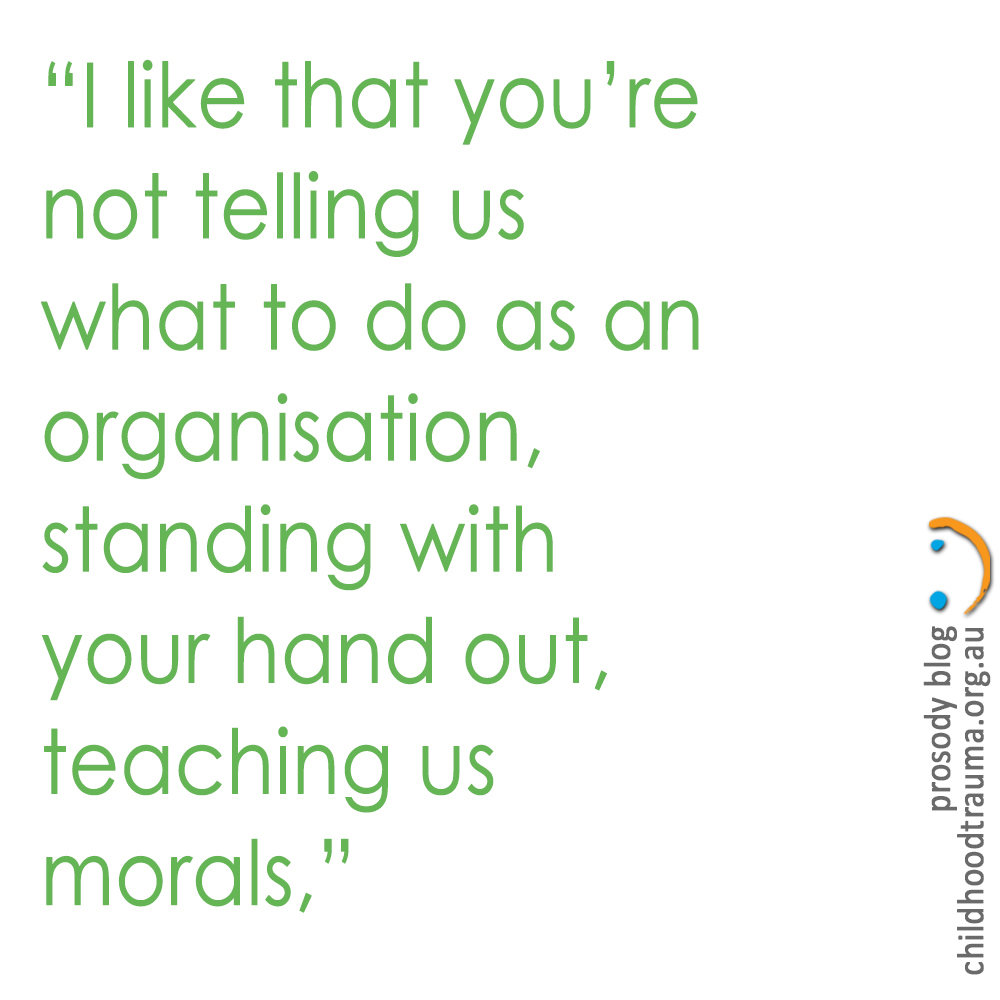 “I like that you’re not telling us what to do as an organisation, standing with your hand out, teaching us morals,” he said. “The team really likes the approach of this coming from us, from the ground up, which is how a movement really works.”

Damien had been looking for a way to make a difference but hadn’t found it until he came across our website and our call to action. He knew then that he had found his place. Using the powers of Facebook for good, he put out a call to join him in creating a Community Action Team and the response was speedy and enthusiastic. “The stuff that the team has been through and the passion they have for this as well – their reactions gave me tingles,” he says.

His team is a diverse and dynamic group comprised both of friends and of people he had never previously met, including a psychologist working with children on the autism spectrum, some courageous women who endured abuse in their own childhoods and are determined that not another child should suffer as they did, an activist against domestic violence and Damien himself, with a passion for the safety and protection of children perhaps driven by his own difficult childhood.

“I had a lot of abuse growing up … I didn’t have a father figure or a mother figure – there was no one I could really look up to and I felt really lost,” he says.

“There are a lot of kids that turn to something else to make themselves feel a part of something. I was lucky I didn’t end up that way, but I have compassion for kids, for how important child hood is, and I know how much even a single word can hurt.”

His team is likely to have a strong fundraising focus, but he has also created a Facebook page to shine a spotlight on the issue and raise awareness and understanding of the complex issue among the team’s staunch circle of supporters – and ideas for other activities are flowing thick and fast.

“I’m grateful to you guys to be able to do something,” says Damien. “I’m not on my own, we have your support and I can give back … I’m excited and I want it as a long-term thing.” 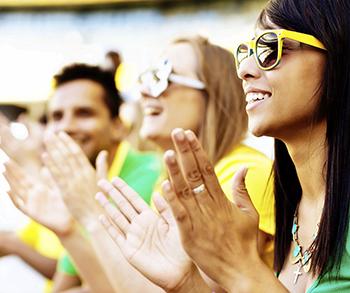 Aimee’s team has its own unique story. With a Bachelor of Counselling under her belt, Aimee has worked in various areas, including trauma, grief and loss, young parents – as well as adults who had experienced neglect or a form of abuse as a child.

Over that particular time, Aimee says, “I remember thinking to myself constantly ‘If only these adults had been heard, or assisted in some way as a child.’”

While originally she never felt her work would take her into the realm of working with children, she now believes it is the area that needs the most attention. “I’m passionate about giving these children a voice, to be someone who stands up for what they deserve,” she says.

Her geographically-spread team comprises former fellow University students. “Many of us come from a counselling background, with experience, either personal or professional, in this area,” says Aimee. “Others have worked in homelessness, refugee support and many of us are mothers. They are all very compassionate, willing to learn, smart and creative. I think the team will work really well together.”

Far from being daunted by the prospect of creating a team, Aimee says she loved the idea. “I am a big believer in working with others, especially in areas such as this. I think everyone brings something unique and creative to the table and each person also shares the same passion about the topic.” 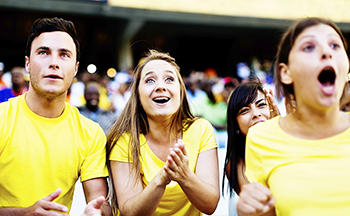 Nadia’s South Australian team has a strong advocacy focus. With her own Bachelor of Psychology, Nadia has worked in youth housing and education programs, as well as chaplaincy in schools.

“I would support these children, work with them, make them meals and then wonder what I was really accomplishing because every day they were being sent back home to the same environment, and knowing there was not one child looked into and no intervention, I felt I was really only sticking a Band-Aid on their situation,” she said.

“We are seeing such atrocities committed against children in South Australia and I’ve been wondering where the outrage is, where are the people who should be picketing and saying ‘we’re not going to stand by and let this happen anymore’?”

But through this movement, Nadia has found those people – or at least the ones who were quietly thinking those thoughts and are now glad to have the outlet for converting them into action. Her team is made up of social workers, nurses, and people from her social network, who want to learn more about the issue so they can become empowered to create change for children.

“We want to be a voice for children and lobby the government for policies that better protect children, and we also want to empower people within the community to understand it’s their responsibility to make a report if they suspect a child is being harmed,” she said.

While the teams are still in their infancy, we at the Foundation are so excited by their potential to get the discussions happening that have the power to create change at every level of community and government. Their enthusiasm is infectious and we can’t wait to see where that passion takes them.

If you would like to create your own Community Action Team, simply register your interest at http://www.childhood.org.au/get-involved/support-our-campaign

We’ll then send you all the information, resources and support you need to begin making a difference for the children in your community who need you to stand up for them and keep them safe. We look forward to working with you.

In Part 3 of our series on Children's Rights, Pat Jewell asks the question "Where are children under 5 years in the 1989 UNCRC?"

SNAICC discuss and share their recently launched resource guide to the implementation of the Aboriginal and Torres Strait Islander Child Placement Principle (ATSICPP).

This article was written by Claudia O’Hara, a Therapeutic Specialist at the Australian Childhood Foundation, working in the ACT Together consortium. It is with a full and joyous heart that I read my daughter’s end of year school report. Not because she had aced maths and English… she hadn’t! Or because she had excelled in the debate …