This blog entry was authored by Noel MacNamara,
National Manger Policy and Research at the Australian Childhood Foundation.

My wife and I care for two children: 6 and 10 years old. They were exposed to multiple traumatic events prior to coming into our care. These events were compounded by attempts to reunify them with their parents. What follows will be very familiar to anyone who cares for children who have had these experiences.

It is 2 a.m. and our six year old has come into our bed saying she is scared. She does not know what she is scared of but she knows she is scared and being with us will help. Of course she sleeps sideways in the bed. My wife and I cling to the edges.

5:30 a.m. both children up and wanting breakfast: Weet-Bix no toast, no those things that Nannie has. The 10 year old demands to know why her sister always gets more than she does and she is bigger. No rational explanation works. I am simply being unfair.

6:00 a.m. both girls demand to watch TV. We explain (like every morning) no TV in the mornings before school. Can they have screen then? No, there is no screen either before school. Let’s sit down and read a book together. Older girl happy to do this, younger one wants to go to her bedroom. While reading to older girl I see things landing in the garden. I go upstairs to find the six year old throwing her toys out of the window. When I ask her why she is doing this she says she didn’t do it. It was her sister. 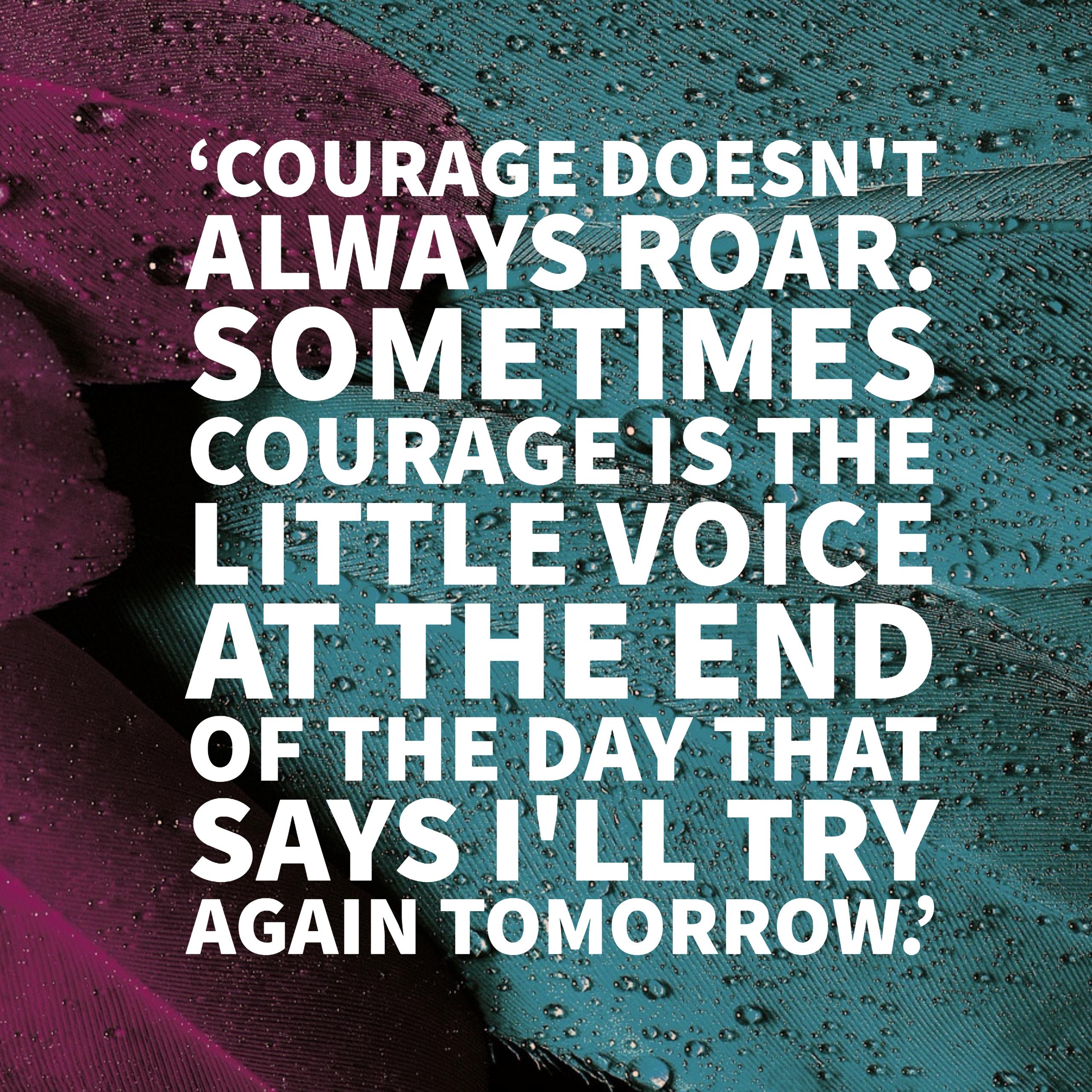 6:45 a.m. time to wash and get dressed. The older girl claims she has already washed (they seem to rotate this strategy) and she does not need to. When I say that she has been downstairs and could not have washed yet she says “you never believe me” and she starts to sob. Her sister consoles her and asks “why do we have to wash any way, we had a bath yesterday”.

7:30 a.m. Getting dressed has gone well so far. However, the six year old suddenly discovers that her socks feel funny and pulls them off and throws them across the room. When asked what feels funny about them, she says “they just do”. She asserts that she wants to wear flip-flops to school. I explain (again) that the school does not allow children to wear flip-flops to school. She is not impressed. In the meantime her sister has decided that I have ruined her hair by making it “bobelly”. What this means I am unsure but it clearly is a big crime. She pulls her pony tail out and starts to brush her hair. I suggest she might like to do her own hair, she says “no one ever helps me”; she has to do everything for herself. I offer to help she says “no” and rushes across the room and hits her sister with the hair brush. Her sister collapses on the floor as if felled by an axe and lets out the loudest scream you have ever heard. Her sister says she did not hit her she is always “lying”. Then she says “why doesn’t anyone like me”.

8:00 a.m. all is calm both girls engaged in drawing some pictures.

8:10 a.m. My wife leaves for work. Both girls cling to her and demand hugs and kisses; enquiring why she is leaving, when will she be back. They pursue her to the door, demanding yet more hugs. When she has gone they act as if nothing had happened and return to their drawings.

8:30 a.m. time for school. The younger girl says “I hate school”. I counter with “no you don’t”, always a good reply. She, of course says: “yes I do”. We continue this all the way to the car. Both girls in the car (success). I underestimated the seat belt issue. When asked to put her seat belt on, the six year old says “no, it hurts”. I almost say “no it doesn’t” but catch myself and I come up with a brilliant reply, I tell her that it is the law that she must wear a seat belt. To this she replies: “will they put me in a jail” (I am getting somewhere) “they might I say”. Quick as a flash she says: “I want to go to jail”.

8:45 a.m. Arrive at school and take six year old into her class where she rushes up to her teacher and hugs her and says ‘Miss H, I love you”. She then walks off, stops and shouts over her shoulder “see you after school”.

These and other dramas are repeated daily. Changing the narratives, the beliefs about identity and relationships that traumatised children have learnt is hard work. It takes time and repetition (just as forming the problematic narratives and beliefs did) and the opportunity to do so in healthy, attuned relationships. There are days when it seems better but there is never a day when something doesn’t happen. The impact of this can be corrosive to the self of a carer. You question yourself all the time. You reflect on what you did and did not do. How could it be that such small people could push you to the edge of your tolerance? You wonder if it is possible to do this day after day until they don’t need it any more. No one remains the same in the face of trauma. Not the children or those who care for them. 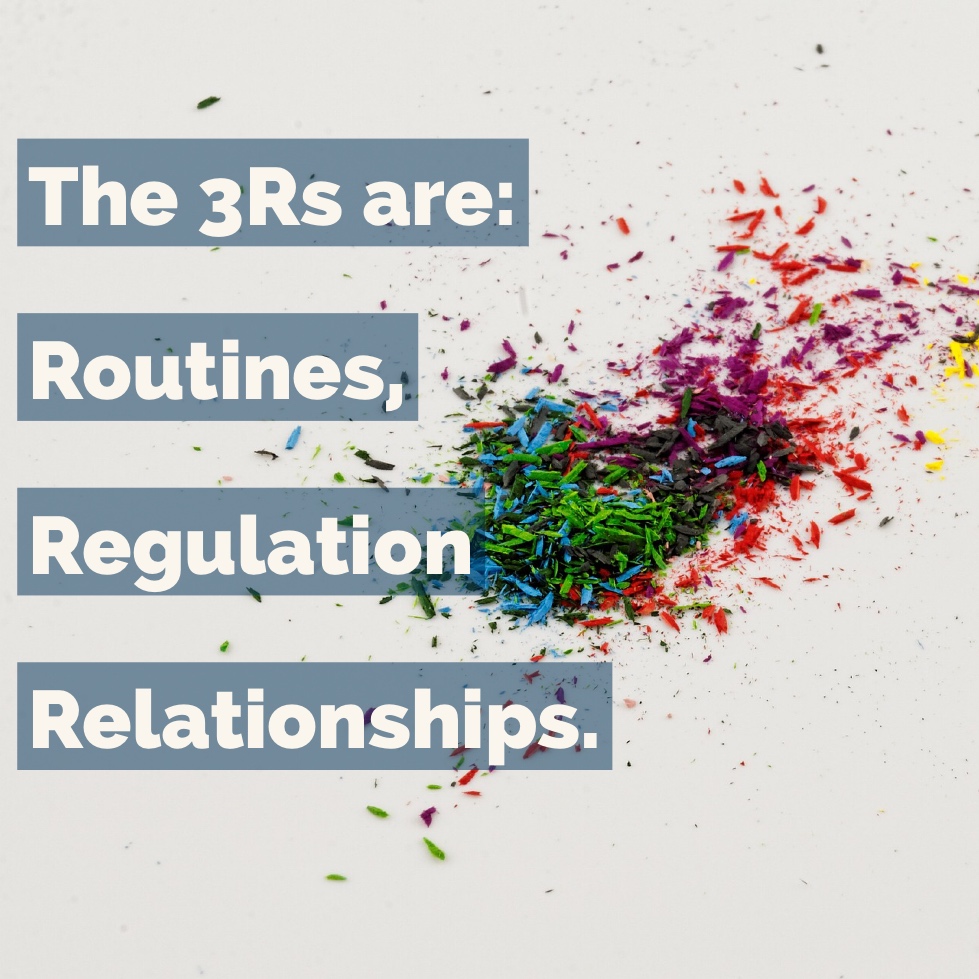 We are very aware of the potential of our reactive behaviour getting in the way of the recovery of the children. We know they are doing the best they can with what they have got. We practice the 3 R’s as much as possible: Reflect, Relate, Regulate.

However, there are times when the accumulation of events, episodes, and sheer tiredness can get the better of us. Mostly it happens to one of us at a time and the other is able to compensate. We know we need to be courageous for these children: ‘Courage doesn’t always roar. Sometimes courage is the little voice at the end of the day that says I’ll try again tomorrow.’

We try at, all times, to remember what Carl Bard said: “Though no one can go back and make a brand new start, anyone can start from now and make a brand new ending.” So to all those people out there that care for children and young people who have suffered I would like you to remember what Christopher Robin said to Pooh, (A.A. Milne) “Promise me you’ll always remember: You’re braver than you believe, and stronger than you seem, and smarter than you think.”

This entry by Jeanette Miller looks at how we can help children with transitions.

Although most schools try to reduce bullying, one in five children still experience bullying. Omitted from the DSM V, school bullying can cause biopsychosocial injuries, loss of identity and social connections together with a potential for suicidal behaviours, and is a major childhood challenge writes guest blogger, Evelyn Fields OAM.

This ‘Trauma Sensitive Language’ blog article was written by Sue Buratti, Program Manager in the Therapeutic Services team, at the Australian Childhood Foundation.   Trauma Responsive Practice is a term commonly used when referring to the way we engage with vulnerable children and young people. However, there can be uncertainty for those who are working with …