The 2018 ARACY Report Card: the wellbeing of Australian children and young people

This blog entry was authored by Kate Sollis, Data Analyst and Stephen Bartos,
CEO at the Australian Research Alliance for Children and Youth

The 2018 ARACY Report Card released last week highlights issues affecting children and young people in Australia. Using the latest data available from a range of sources, it shows how Australia is tracking at both the national level and for the Aboriginal and Torres Strait Islander population. It also reports on international data, illustrating how Australia compares to other similar countries. Drawing this data together gives us a snapshot of the well-being of children and young people in Australia.

The Report Card is based on ARACY’s The Nest framework, which outlines what is required for a child or young person to do well in life. The development of The Nest involved consulting with around 4000 people, including more than 1400 children and young people. The work culminated in six areas being identified as important for child and youth well-being; being loved and safe, having material basics, being healthy, learning, participating in society and having a positive sense of identity and culture. The Report Card compiles around 75 indicators under each of these dimensions to gain an insight to how we are faring. The 2018 Report Card has shown that the well-being of Australia’s children and young people in many of these areas is average at best when compared with similar countries.

Many areas have improved over time such as concern for family conflict, internet access, fruit consumption, school retention rates, participation in unpaid voluntary work and acceptance of other cultures. 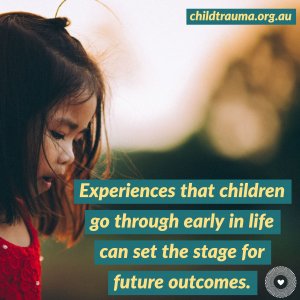 Nevertheless, the Report Card still paints a bleak picture for some kids doing it tough. The rate of children in out-of-home-care is increasing; 7 per cent of children are living in overcrowded housing; mental health concerns and suicide are growing to alarming levels with 15.4 per cent of young people experiencing high or very high levels of psychological distress; the educational performance of our 15 year old’s is slipping; and involvement in civic and political groups is falling to a low of 5.4 per cent of young people.

In an international context we rank in the bottom third of countries for just under one-third of collected indicators with poor performance in areas including bullying rates, food insecurity, jobless families, child obesity, participation in early childcare and interest in politics.

While the Report Card breaks these dimensions of wellbeing into six seemingly distinct, concrete areas, in reality the indicators presented are inter-related in complex ways that cannot necessarily be quantified by data. This is because these issues are complex, and thus require complex solutions. For example, 40 per cent of adults who experienced violence from a current partner had children in their care at the time of the incident which certainly should be directly addressed. However we also need to examine the systemic issues that allowed this to occur in the first place. 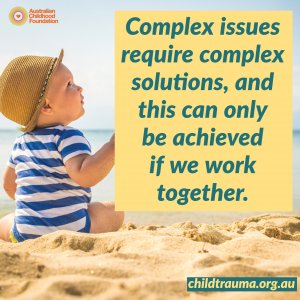 Focusing our efforts on the early stages of life can help to overcome the issues identified in the Report Card. Experiences that children go through early in life can set the stage for future outcomes. From a policy perspective, it is one of the most cost-efficient and effective stages of life for policy interventions to have an impact on outcomes. From a social justice perspective, it is our duty to ensure that children are given a fair go early on in life. Key transition periods, such as starting school or moving on to high school can also be vulnerable periods in a young person’s life where policy can assist to ensure children don’t get left behind.

How much?! New study reveals the cost of maltreatment in Australia

A new study published last week has released updated estimates on the lifetime costs of child maltreatment in Australia and the results are distressing.

“I will die without my music”

in 2016 a small team from Royal Far West travelled across the country to attend the International Childhood Trauma Conference. They aimed to learn about trauma, and for that learning to help impact and transform their practice.  Here, they report two years on about the remarkable impact they've seen.