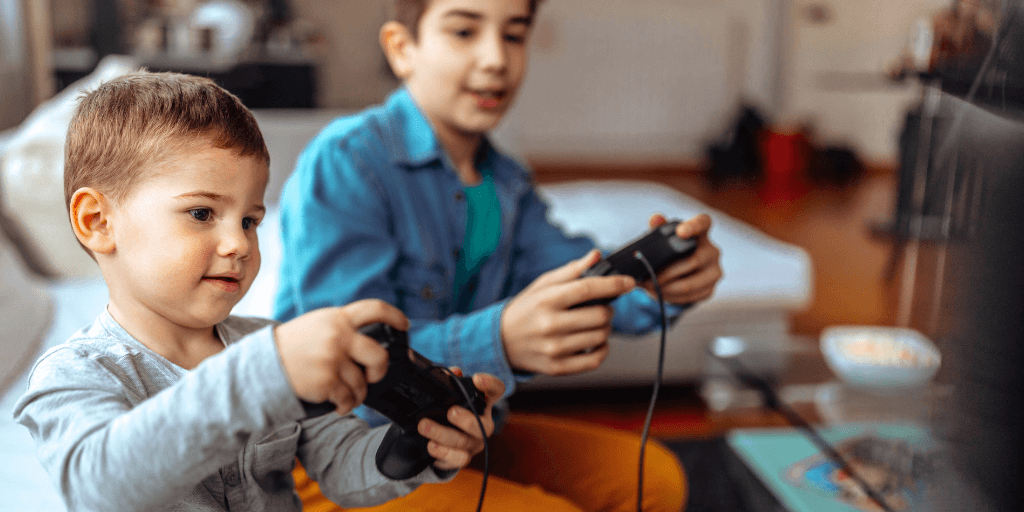 Video games aren’t all bad. Many people are able to enjoy them and curb their use, maintaining social interactions, relationships, personal hygiene, school, and physical health, while still holding other interests.

However, for some people, this isn’t the case. Video games become all encompassing, stealing more and more time away from friendships and other activities the person once enjoyed. Even when they are not playing them, they wish they were, preoccupied with cravings about the next time they can log in.

Unsurprisingly, gaming can release dopamine that is comparable to the effects of psychostimulant drugs on the brain (Han et. Al, 2012). When psychostimulants are used routinely, the sensitivity of our natural reward system decreases (Weinstein, 2010). So, what does this mean? Basically, if your mind’s reward system is desensitised, doing things that don’t offer similar levels of immediate dopamine release (like playing a board game, doing a craft, or going for a walk) isn’t going to be as appealing.

Issues arise when the amount of time some youth spend playing video games starts to interfere with normal developmental milestones. All of those things young people would be doing, such as face to face or group interactions, playing sports and doing other activities are restricted when someone has a serious addiction to video games.

So what constitutes healthy use of video games versus an addiction? The DSM-5 has recommended Internet Gaming Disorder for further research and proposed the following diagnostic criteria (APA, 2013):

A diagnosis of Internet Gaming Disorder would require five or more of these symptoms to be present within a year.

Human beings have an innate need to bond and connect. When we don’t meaningfully connect with others or have much to enjoy in our environments, it becomes natural to seek out a connection in alternate ways such as video games.

Moreover, as Gabor Mate suggests, if a child is abused or neglected, it impacts the child’s brain development in a way that makes them more prone to addiction. In essence, the child often seeks and finds different ways to soothe the effects of childhood trauma (2013).

Playing video games for some young people may become a coping and soothing strategy; it provides a surreal escape from their sense of reality and allows them a chance to interact safely and feel connected, without the full proximity of real-life interaction. Due to these elements, for young people who have experienced trauma or have attachment disorganisation, video games can be especially alluring (Schimmenti et al., 2012).

They are provided with a place where they can forget their trauma and feel safe in a world they have control over. From here it becomes a question of moderation; too much time invested can lead to disconnection from reality, whereas low levels of use can potentially have prosocial outcomes (Przybylski, 2014).

Young people who are addicted to video games are possibly lacking connection in other areas and are using video games as a replacement. Therefore, what are some ways they can connect with you/others?

Schimmenti, A., Gugliemucci, F., Barbasio, C., & Granieri, A. (2012). Attachment disorganization and dissociation in virtual worlds: a study of problematic internet use among players of online role-playing games. Clinical Neuropsychiatry 9(5), 195-202.

The practise of mindfulness has many benefits. Amongst these, in our work with parents and families, we have observed that it can support parents in their efforts to develop contingent and thoughtful rather than reactive ways of responding to their children. This transformational change in parents comes as the result of the regular mindfulness practice …

This ‘Lights, Camera, Attunement!’ blog article was written by Franca Spangaro McAllan, Emily Ings and Andrea McKenzie, Therapeutic Specialists in the Therapeutic Services Canberra team, at the Australian Childhood Foundation.   The time we share with the important people in our lives is finite and precious. Days can seem long, but years fly by. For …

There has been ongoing concern about the safety and quality of children’s experiences in Australia’s residential care systems for a very long time. The ABC Four Corners program that aired last week, 'Broken Homes', is another example of the concerns that have been expressed by many. We heard again about the lack of safety experienced by the young people and the failures in the system to support staff. The program raised many questions about child protection systems in Australia. This blog reflects on some of those questions.