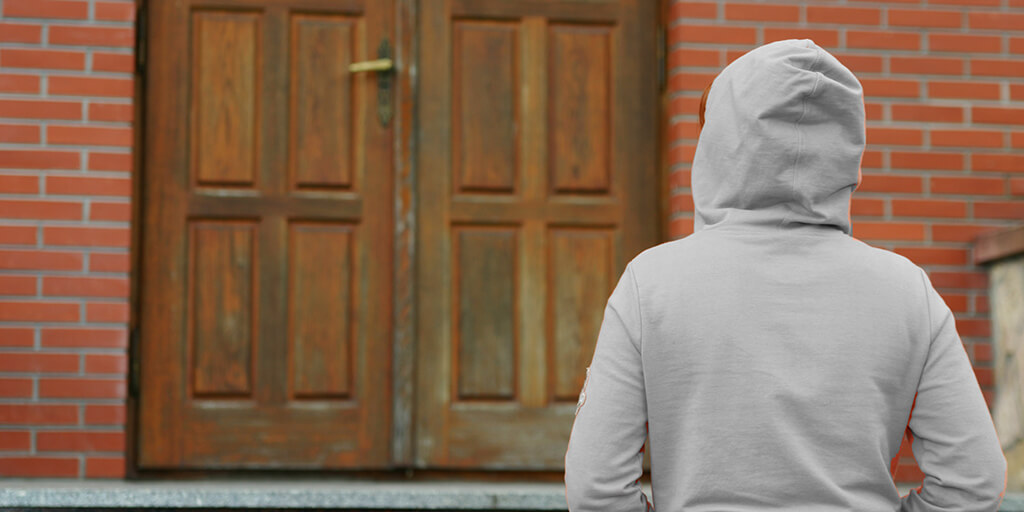 When you arrive at your new home in the back of a police car, what might it mean for your first impressions? Alice Lieshout explores the experience of living in residential care from the perspective of a young person.

This article was written by Alice Lieshout, Therapeutic Specialist for the Australian Childhood Foundation.

I hate that my life turned out this way. I didn’t think life could get any worse living with mum, but then I entered resi. I hate everything about this place. The smell, the people, my empty room, the other kids. I’ve only been here for three months and they are already moving me to someplace else. I refuse to let the system control my life. If they want me to go, they are going to have to drag me there.

When the police showed up, they tried to negotiate with me. “Come in the car,” they said. “We won’t force you if you just work with us”. Yet another system in this bullshit world who thinks they can tell me what to do. It’s not my first encounter with the police. Mum used to call them when she said I went “psycho”. Little did they know, I was the one living with the psycho. I arrived at the new resi in the back of a cop car. I was scared and unsure, but people didn’t know that. All they saw was the psycho girl being escorted by police into her new “home”. New unfamiliar faces greeted me at the door.

They looked as worried as I felt. “Welcome to Emerald TRC”. Whatever. With a hoodie over my face, hands in pockets, I scanned the place up and down. It’s different from the last one. The new people showed me my room and I closed my door. This is where I’ll stay now.

It’s been a few weeks in the new resi. I haven’t met any of the other kids, but I know exactly who they are. I think the carers are scared of me. I don’t know why; I never leave my room. It’s better this way anyway, then I don’t have to talk to anyone. People are bullshit. All they do is let you down. I’m better off alone. The system continues to dictate my life. “Go to school,” they said, “it’ll be good for you”. You people have no idea about my life. I put a picture of the grinch on my door and I put chards of glass at the entry. The carers keep knocking on my door, probably to check if I am still alive. Either that or they need one of the 100 plates I have kept in my room. Haven’t they worked out I sleep during the day? Night-time suits me more. The house is quiet and there are less people around. This is when I shower and get some food. The fridge is always stocked full. And one of the carers cooks pretty good cake. When no one is around, I sneak out and grab some.

One of the big bosses knocks on my door, asking me to hand her some of the plates in my room. She better not come in. “I’m coming in,” she says. No, you’re not. The door opens slightly, and I throw a glass of water at her. It shatters on the back wall. The door shuts immediately, and I am alone again. Good, but I probably shouldn’t have done that. These people keep bothering me, why can’t they just leave me alone. They keep offering me food, and to chat. What don’t they understand? I am better off alone.

It’s been six months now and I have myself a personal slave – ICMS is what they call themselves. Basically, she gets me stuff I need which is pretty good. I hated her at first but she’s proven to be alright. Some of the carers are alright too. As long as I know who is on shift, sometimes I come out of my room during the day. I hate that I’m in resi. The rest of my family blames me for all the bad stuff that happened. I want nothing to do with them. The less people in my life the better.

One of the carers is awesome. We go on drives all the time and talk about shit. She doesn’t force me to do stuff like go to school, she’s actually on my team. Finally, someone on my team. There is an unlimited supply of baked goods here. And they know I like custard. I still hate resi but this place isn’t too bad.

I can’t believe I used to keep so many dirty dishes in my room. Yuck, the place was so gross. One of the carers helped me make a huge piece of artwork for my wall. It looks so good and I painted it purple. I don’t sleep during the day as much anymore. I still keep to my room, but I can go to the kitchen if the other young people are home. The carers are always watching so it’s safe. I’m actually thinking about going back to school. Only for half an hour though. I will freak out if it’s any longer. My ICMS worker has been talking to the school to organise everything. I am even getting the teacher to give me a 1:1 lesson. I don’t know if I can do it, but I’ll try.

Last night I watched a movie on the couch with a carer. We ate ice cream. The movie reminded me of some things that happened when I was young. I talked about it with the carer. I go to school twice a week now. Only for half an 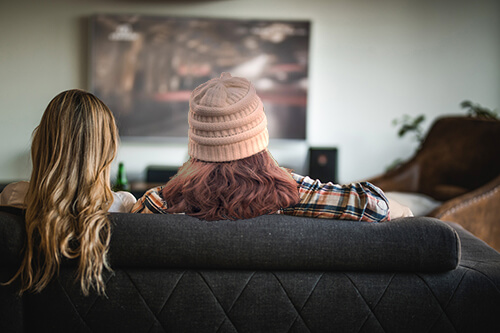 hour, but I am slowly going to build that up. My teacher says I am clever, and I could go to university if I wanted to. I don’t know, I’ve never really thought about the future. Apparently, we have a new girl moving in. She’s super young and I’m not happy about it. I hate when new people come. The carer told me she has nowhere else to go and she needs somewhere safe to live. I guess if she stays out of my way it’ll be fine.

I shaved my head myself last night. It feels so cool. So many people told me I shouldn’t do it. “You have such nice long hair,” they said. Since they didn’t shave it for me, I shaved it myself. They can’t tell me how to live my life. The new me is much better. Everyone keeps telling me that it suits me. I’m going to see my brother again soon. It’s been a long time since we lived together at Mum’s. I wonder what his life is like now. I’m worried that he has bad memories of me, but my care team are helping me through it. The new girl has moved in and she’s actually not that bad. She’s super young to be in resi. I wonder what happened in her life. I’ve spoken to her a few times. She keeps running away during the day and night. The carers are really worried about her. We painted the outdoor picnic table together and I told her this place wasn’t so bad. She’s probably freaking out. I felt that way once too.

The story of James

-   A case study looking at how one young man was supported by therapeutic carers to move beyond his past and look toward a brilliant future.

Looking in the Mirror

This blog has been written by Anna Fasolo, who is a Therapeutic Specialist at the Australian Childhood Foundation.   Relationships are essential for all work with children and young people, even more so when they have experienced the traumas of abuse and violence. At the Foundation, our therapeutic model reflects this; we understand that relationships are …