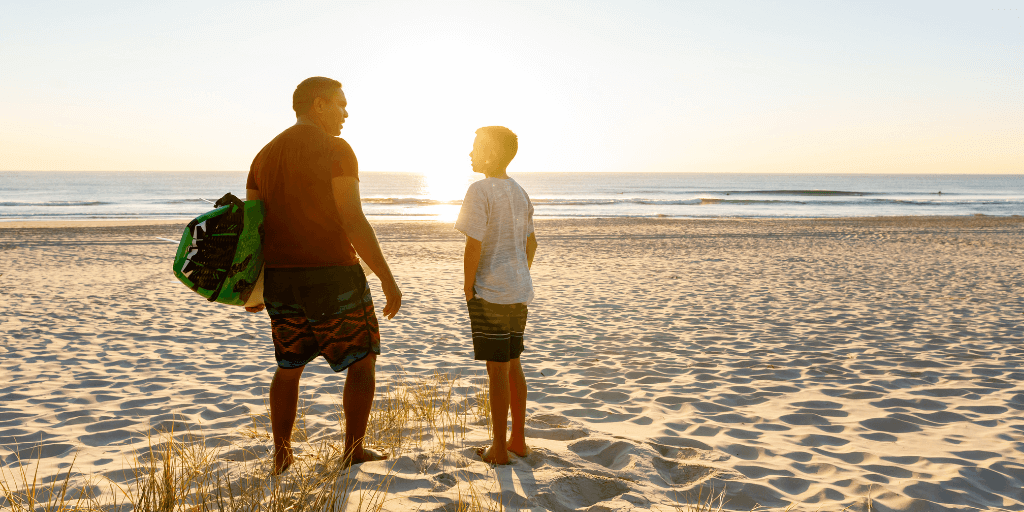 This blog illustrates the importance of relationships and connection to culture in supporting young people through challenges.

Jack was having a difficult day at school and got into a fight with another kid. The situation had escalated, and staff were unable to calm him down, deciding it best he not remain at school that day. Jack had a positive relationship with his Aboriginal Liaison Support Worker (ALSW) who was supporting Jack and his family. The ALSW was able to respond and show up to collect Jack from school.

As Jack was still distressed the two discussed where they could go to sit and talk. It was decided a visit to the beach was warranted and the ALSW thought this may be a good place to begin some reparative, therapeutic work. 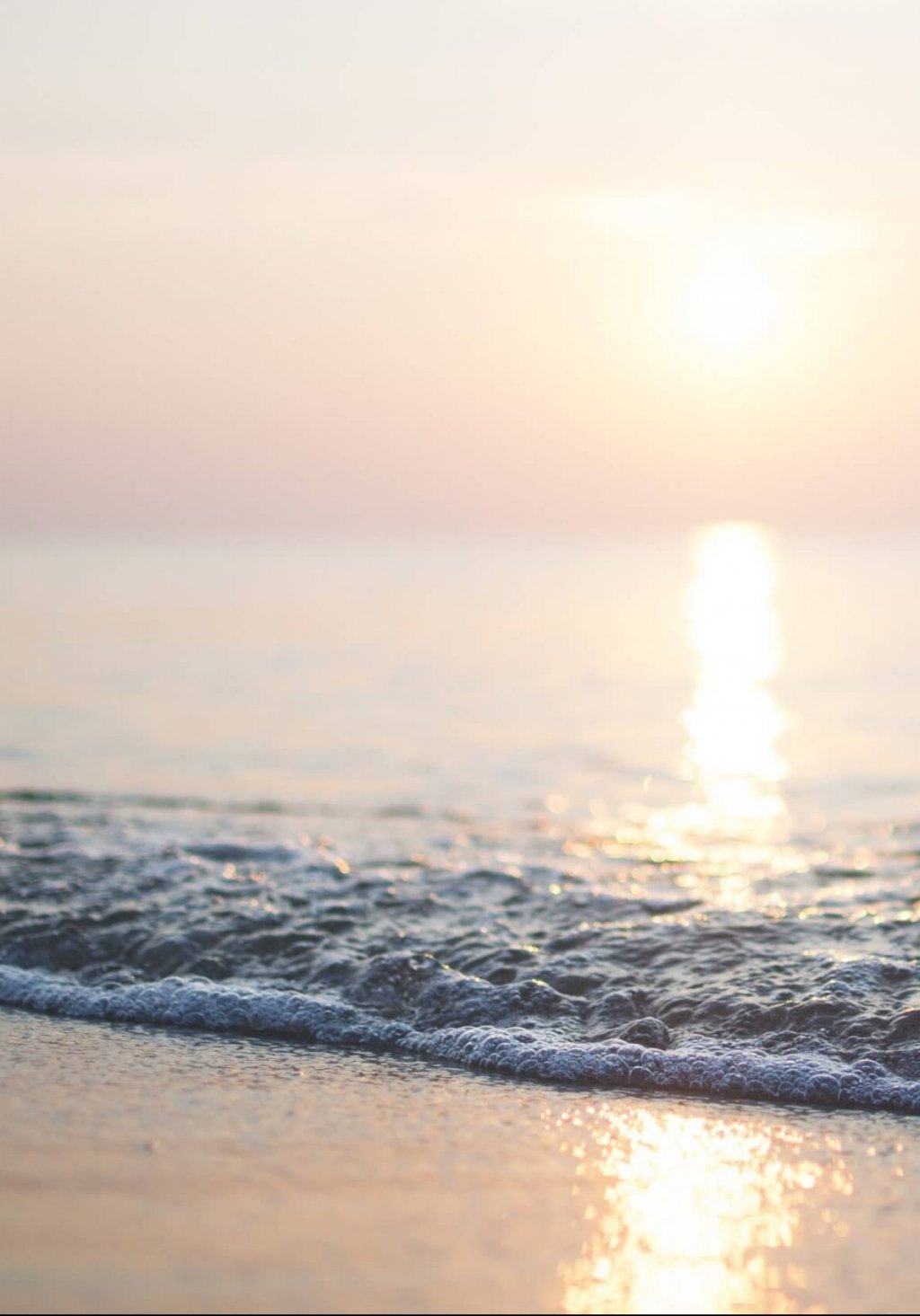 Once at the beach the ALSW removed his shoes and stood in the sand, inviting Jack to do the same. Jack followed and when the ALSW could see Jack physically relaxing, the worker asked him to close his eyes. When Jack closed his eyes and relaxed into the moment, his demeanour changed, and he could be seen to relax further.

Talking calmly and quietly throughout the experience, the ALSW asked, ‘how do you feel? to which Jack replied that he was feeling afraid. The ALSW continued to talk with Jack, hoping to connect with him and help him to feel safe and grounded though culture. The ALSW reached out to Jack by saying ‘our ancestors have walked on this ground before us and they also faced difficulties, but they stayed strong and made it through’. Next, the ALSW walked into the water and invited Jack to join him. As they stood there quietly, watching the waves and soothing movement of the water, the ALSW talked to Jack about how this movement could be related back to life and our experiences.

Watching the water as it weaved its way through and around their feet, they discussed how water is always able to find a path – a way through, or around. By relating this back to young people and how the obstacles in their paths can be avoided or worked around, the ALSW was able to begin to change Jack’s perspective through gentle examples in a calm and secure environment.

Allowing time for Jack to relax into the now, into that moment in time, allowed him to co-regulate and return to a calm state. In turn, the two were able to engage in discussion around how Jack was feeling and further explore ways of coping. This demonstrated the need for the ALSW to provide cues of safety and connection so that Jack’s brain and nervous system could lean more into social engagement.

Working in a trauma responsive manner and using therapeutic tools facilitated the building of trust and rapport. Bringing Jack back to the moment through subtle messaging and being aware of his mood and feelings created the opportunity to share the moment.

Even when a young person is overwhelmed, by being observant and by listening, we can create opportunities for them to feel safe and feel grounded.

By creating the opportunity for Jack to mirror his actions, the ALSW was able to build rapport and trust, allowing Jack to feel supported, understood and acknowledged.

Finally, by discussing our ancestors and acknowledging their struggles – but also their strength and resilience, the ALSW was able to provide a link to culture by bringing a positive conscious awareness to the discussion. The physical connection to the land and water provided a safe and soothing environment which allowed for coregulation to occur.

On this day, the ALSW was successful in his attempts to connect with Jack. Positive outcomes had been achieved and Jack’s need to be seen and heard were fulfilled. Jack had felt a positive connection to another person through his ALSW, to his physical world through the land and water, and to his sacred world through healing and moving towards the future.

There was no predicting what the next day may bring, and Jack may face further challenges but in this moment, Jack had felt connection, the connection that he and every young person needs in their lives to people, culture and their environment.

Despite the growing body of knowledge in trauma-sensitive approaches, there can be a tendency to rely on behavioural assessments, which can unwittingly characterise traumatised children and young people as the problem.

We have designed a free tool that helps support co-regulation, decreasing a child’s trauma behaviours by recommending responses that are matched to their needs.

Mary-Ann Delaney shares how, in her work as a Senior Counsellor in the Child Trauma Service, the use of sensory toys helped one young client with her trauma.

Residential Care – Changing the culture one word at a time

Here, Geoff Moore, a Team Leader in our Therapeutic Care Program, reflects on the power of words to build culture, and to change it - especially in the Residential Care Sector.

What on earth is placement stability in residential Out of Home Care?

Young people in residential care often display incredibly hard to manage behaviours, and finding a placement that works for them among all the other young people with their own combination of the hard to manage behaviours is really hard.  Jenna Bollinger discusses what placement stability might - and may not - mean when applied to residential care.