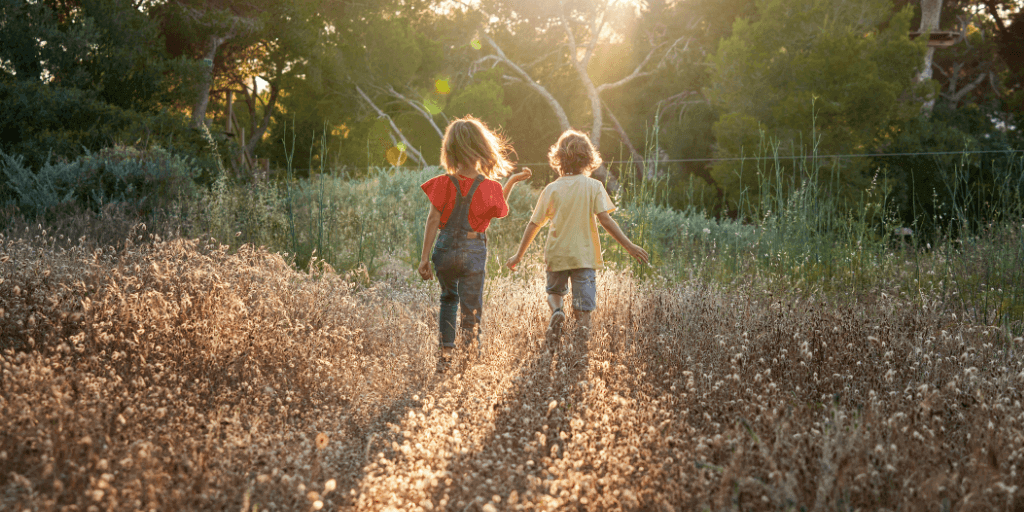 “Childhood has its own way of seeing, thinking, and feeling, and nothing is more foolish than to try to substitute ours for theirs.” 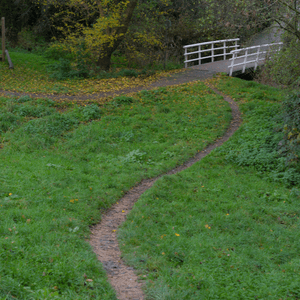 As we walk around the city, we follow pathways that we may have tread many times but not taken much notice of. These tracks are worn into the ground from people cutting corners or taking short cuts. Architects have a name for these tracks, they call them ‘desire lines’.

Many of us who have been on walks with young children will know that they move differently through the world compared to their grown-up companions. They often resist taking the shortest path – they are far too curious and playful for that. They are attracted to animals, flowers, colour and movement.

I remember walking to the shops with my own children when they were little. They would stop to watch snails crossing footpaths and pick yellow flowers from the nature strip. My son experimented with mailing leaves into neighbours’ letter boxes, and my daughter gathered a decent collection of bird feathers. Children have their own ‘desire lines’, perhaps better described as ‘lines of wonder.’

Next time you are in a shopping centre, sit and watch some of the children. Observe how they bounce or jump so that they don’t touch the lines between the floor tiles. Or watch them swing their arms around, or skate on their sneaker skates, or move huddled together with their small group of friends. My son used to dance his way in and out of our local shopping centre. As he moved around like this, I used to notice adults smiling at him, and other kids of a similar age catching some of his movements and copying his actions as they passed one another. Children are not constrained by our grown-up rules of etiquette, many are creative, and show a freedom in the way they express themselves when they feel safe enough to do so.

I think these lines of creativity and wonder are not just based on the way many children move through the world, but also in the way they make sense of it. Children draw from their imagination and creativity as they make meaning out of the world around them. They carry places inside themselves that are inhabited by imaginary friends, or fairies, or superheroes, or Santa Claus.

Watch this four-minute video made by a skincare company which asks adults and children to respond to a single question. Notice the wonder-filled possibilities the children in this video demonstrate compared with the adults’ responses:

Children who have experienced trauma may have developed a different relationship with creativity and wonder. Trauma can be disconnecting and disorientating. It can impact children deeply. It can tie them up, inhibiting their movement and thought. They might experience an ongoing uneasiness or alertness, an ever-readiness to switch into survival mode. Without a sense of safety, creativity and wonder can become unreachable. That is not to say these qualities are lost, just that they might become harder to find.

Our work at the Foundation includes helping children to access these creative places again. By building platforms of relational safety together, we find that children grow in confidence to summon allies in their real life and from their imagination – whether that is manga characters, Marvel Heroes, or fairies – to resist the effects of trauma.

One toddler I worked alongside learned how to find sleep through his hero Thomas the Tank Engine. He was having a lot of trouble sleeping at night because he was consumed with the worry that his dad (who had been violent) would come in the night and hurt him and his mum. He didn’t understand that his dad was in prison and wouldn’t be visiting any time soon. We moved his bed into the middle of his bedroom and built a Thomas the Tank Engine train line around it. He felt protected by Thomas chugging around his bed at night and this helped he and his mum to find the sleep they were desperately needing.

No one teaches children how to be creative or feel a sense of wonder. It is not something that is learned like reading or writing, but something that emerges in the right kind of environment. It is our role as adults to contribute to helping restore a safe environment that our children can grow from.

Children have a lot to teach us about getting back in touch with our own lines of creativity and wonder that were once there but have perhaps grown over with the passing years. Next time you get the chance to play with a child, take a deliberate step back and let them take the lead. Together you can forge some new creative lines.

Download this shared drawing activity idea that picks up literally on the concept of drawing new creative lines together.

Our regular e-newsletters help connect you to our blog, research, free resources as they are produced and training opportunities including access to experts in the field, webinars, international speaker tours and our conferences.

More than 40,000 professionals from around the world are already connected. We would love to keep you in the loop.

This ‘Developing your Ethical Compass’ blog article was written by Rebecca Cort, Senior Advisor, at the Australian Childhood Foundation.   Part of being trauma responsive is learning how to hold your own centre of gravity. As practitioners, we work in systems and organisations that hold huge power. Sustaining our own centre, in the midst and under …

How much?! New study reveals the cost of maltreatment in Australia

A new study published last week has released updated estimates on the lifetime costs of child maltreatment in Australia and the results are distressing.