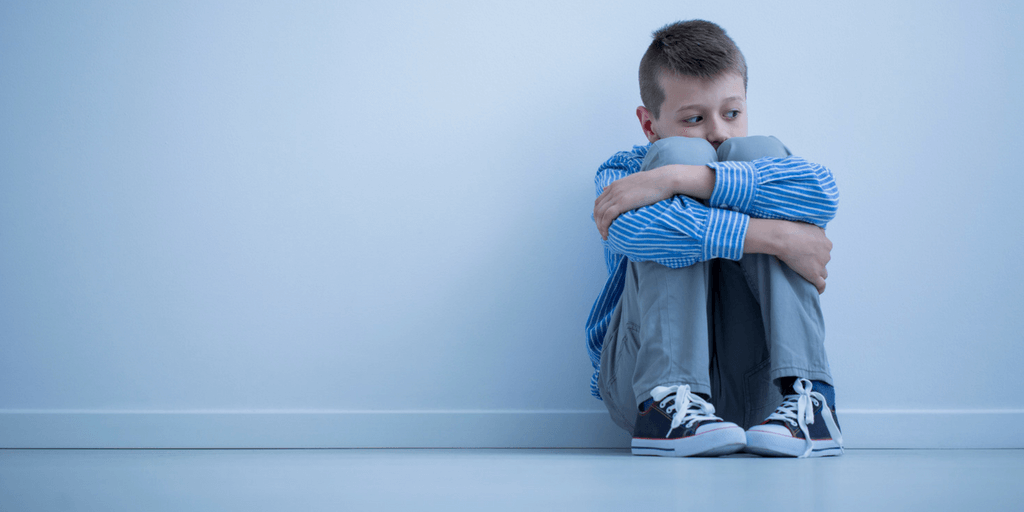 This blog entry was authored by Joe Tucci, CEO
and Janise Mitchell, Deputy CEO, at the
Australian Childhood Foundation.

In part two in this series, Janise Mitchell and Joe Tucci explore the results of the recent TrACK Evaluation completed recently by Southern Cross University. They conclude with a commentary about the need to support locally developed initiatives. You can read part one here.

The Treatment and Care for Kids (TrACK) Program is an intensive therapeutic foster care program now providing 18 placement targets for significantly traumatised children and young people who present with a range of complex needs and challenging behaviours. Developed and delivered in partnership by the Australian Childhood Foundation and Anglicare Victoria, the program was borne out of limitations within the then placement and support system and sought to provide an alternative for children and young people living in residential care who were otherwise considered too ‘difficult’ or ‘challenging’ to be successfully accommodated in foster care. It has been funded by the Eastern Division of the Department of Health and Human Services, Victoria since its commencement.

How did TrACK start?

In 2002, the TrACK program successfully pioneered therapeutic foster care placements in Australia for young people who were engaging in problem sexual behaviour and were previously living in residential care. Following its success, its eligibility was extended to include children and young people with a range of complex and challenging trauma-based behaviours who had been living in residential care or living in high-cost individualised placements.

“…theoretical frameworks including the neurobiology of abuse related trauma and attachment in understanding disrupted developmental pathways for chronically traumatised children and its impact on emotional, psychological and behavioural functioning. Children’s experiences of trauma are privileged as a means of understanding their complex matrix of needs and responding to their behaviour… (p. 3)”.

Success Works (2005) identified that for all children there were significant changes in critical areas of emotional, psychological and social function, including self-esteem, ability to verbalise fears and worries, and ability to establish and maintain relationships with carers and demonstrate affection. There was substantial improvement across a range of behaviours commonly referred to as ‘challenging’ in the care environment. The program was seen to act as a catalyst for reducing placement breakdowns and unplanned changes—a characteristic of this group of children prior to their entry into the program. Success Works concluded that

“…the TrACK program effectively demonstrates the essential components of ‘therapeutic foster care’, marrying the contribution of trauma and attachment theories to practices within a home-based care setting. The centrality of the carer’s role in care planning and treatment further confirms the program’s adherence to current best practice standards in therapeutic fostering. The training and secondary consultation provided by the program coupled with the intensive casework and support are clearly essential in maintaining placement stability and are highly valued by foster carers….(p. 4)”.

At the time of its establishment, the TrACK program was the only therapeutic foster care program in Australia. The model was subsequently used as the basis for models of therapeutic foster care in South Australia and the Australian Capital Territory. The key elements of the model also formed the basis of the development of Circle Therapeutic Foster Care Program that was implemented across Victoria by the Victorian Government.

How effective is the TrACK Program?

It has been evaluated most recently by Southern Cross University which found compelling evidence to suggest that it is a program worth investing in.  It produces tangible and lasting results for children. Children who had experienced many placements and years of threat and deprivation before they entered TrACK were almost always able to achieve stability as a result of TrACK.

A total of 48 children have now experienced the TrACK program, comprising 28 males and 20 females. Almost half of the children—19 of the 48—came to the TrACK program directly from a residential care program.

Almost all of those children who came to TrACK remained in stable care. There have only been six children whose placements ended in an unplanned manner. The median length of placement for children in TrACK was 3 years and six months. Many have been with the same family for over five years.

Most children accepted into the program had experienced significant educational disruption and disadvantage prior to entering the TrACK program. All the children currently in the TrACK program are participating in full-time school.

Every child who has experienced the TrACK program (n=48), including those who did not complete the TrACK program in a planned manner, was reported to have made gains in their capacity to self-regulate and ability to use relationships to support effective decision making, especially in relation to future-planning and addressing areas of risk in their behaviour.

The nature and quality of the caregiver-child relationship was consistently identified as the critical ingredient for healing and change. There was clear evidence that as a result of TrACK, children were able to develop warm and trusting relationships with their carers, which contributed to their safety, stability and well-being. 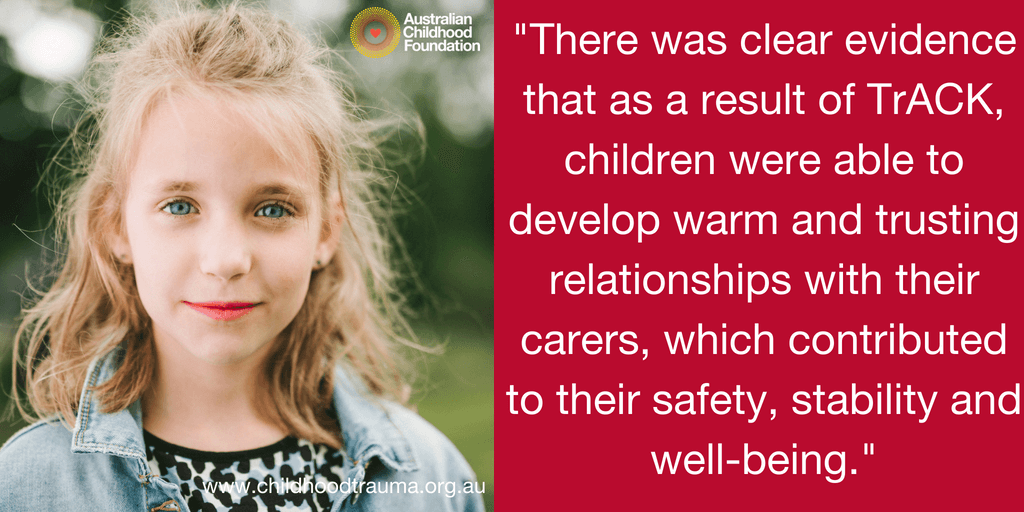 TrACK has achieved stabilisation for children who had witnessed a murder, attempted suicide, endured torture—including severe sexual exploitation at the hand of paedophile rings—and experienced extreme and inhumane deprivation.

Conclusion – Why is the TrACK evaluation important for Australian systems?

The long-term effectiveness of the TrACK Program represents how important it is for Governments to consider locally developed evidence-based interventions for children in out of home care. These programs do not require complex adaptations as they have evolved as part of the existing legislative and policy systems and frameworks. As such they are more likely to be successful in their full implementation. Significantly, they also showcase the persistence that is often required by organisations which try to implement service innovation in the face of the risks often inherent in these strategies.

The Stages of Change

‘The Stages of Change’ blog article was written by Rosie Barker, Therapeutic Specialist, Regional Victoria at Australian Childhood Foundation.   Realistically, we are all constantly in the process of changing from being one thing to being another. But how often do we pause to consider this as a process and that it occurs in stages with …

‘Young People and Coercive Control’ blog article was written by Lyn Millett, Executive Manager, Education and Safeguarding Services at Australian Childhood Foundation.   A growing body of evidence indicates the serious and long-term harm caused by coercive control. Yet we often do not consider its impacts on children and young people exposed to family and …

The practise of mindfulness has many benefits. Amongst these, in our work with parents and families, we have observed that it can support parents in their efforts to develop contingent and thoughtful rather than reactive ways of responding to their children. This transformational change in parents comes as the result of the regular mindfulness practice …