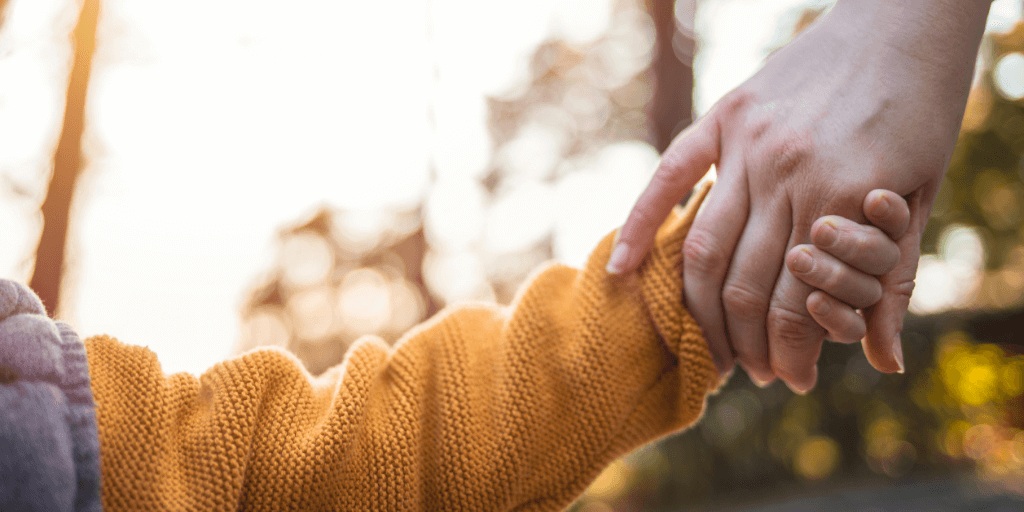 This article is has been written by a Therapeutic Specialist at the Australian Childhood Foundation. Due to the personal nature of the article they will remain anonymous. However, what they would like to share is the role and impact we can each have on others, particularly children and young people, who need someone in their lives to plant seeds of encouragement, wonder, curiosity and hope.

Bright-eyed, bold and full of imagination, often as children we dare to dream.

Aspiring to be anything we want with unlimited possibilities. We learn a lot about ourselves from the world around us as we grow. Messages from family, friends, teachers and workplaces about who we are and what our capabilities are can have a profound impact. We can sometimes carry these narratives allowing them to define us. It may be the difference between us soaring to our greatest heights or plummeting into the depths of despair. One of the greatest gifts you could give someone is a belief in themselves they didn’t know they had and one of the greatest gifts you might receive is to bare witness to them reaching their true potential. I wish to share my story of a school chaplain whose belief in me sewed seeds that one day blossomed.

My primary school had not been proactive in preparing me to enter secondary school, as a result I felt ill-prepared. My teachers had no awareness of the personal stressors I was facing. My mum was doing it tough as a single parent, she experienced chronic physical and mental health issues which sometimes impacted on her parenting. I also carried an invisible heavy weight around my neck having been abused by an extended family member. I did my best to nurture those around me, all the while feeling alone in my overwhelm.

My secondary school peers were a delightful bunch however I began noticing that despite my best efforts, in comparison I seemed to be struggling academically. I took longer to read and complete tasks, some concepts felt so foreign to me it may as well have been another language. As my peers received awards, I was issued “dog tags”(organisational sheets). In some ways school was a sanctuary, I could explore my identity and connect with friends somewhat, however the growing sense of shame and worthlessness crept in. At the end of year seven I was told the only reason I wouldn’t be repeating the year was because my younger sister was commencing the following year. My self-belief diminished, the voice in my head got stronger “you are not good enough”, to the point that I was certain I would most definitely quit school. I found myself in the school chaplain’s office, her name was Julie, she offered warmth and compassion. While talking, Julie made an assumption about me, she said “and when you finish year 12…..”. I didn’t hear the rest of her words. My own internal dialogue took over, “When I finish year 12? Is she serious?”. I contemplated her words over time. Julie was a chaplain and a teacher so I considered her to be a credible source. Julie had seen many troubled kids come through the school and graduate before me. It was honestly the first time I allowed myself to entertain the idea. It was the first time someone showed belief in me within. This was a crucial turning point in my life and the best bit of all is that Julie had no idea of the power of her words. You know what? I did complete year 12 and on the day of graduation I presented Julie with a bunch of flowers thanking her for believing in me.

So the degree to which you believe in someone and your capacity to communicate this, may very well unlock a person’s truest potential. You can have a powerful impact in someone’s life, you can plant seeds of self-belief in others and sometimes like Julie, not even be aware of it.

This article was authored by Sharon Duthie, Senior Counsellor, Child Trauma Service Victoria, at the Australian Childhood Foundation. “Who’s this?” I inquired pointing at the self-portrait my seven year old client had painted. “It’s Mr. Nobody!” the child exclaimed as if it were obvious. “Oh!” I said. “I wonder what it’s like to be Mr. …

The Sooner the Better

This blog article was authored by Jeanette Miller, Senior Training Consultant in the Parenting and Early Years Program at the Australian Childhood Foundation. We all know about the benefits to children, of early intervention and prevention. In the early years of a child’s life, while his brain is growing faster than it will ever grow …