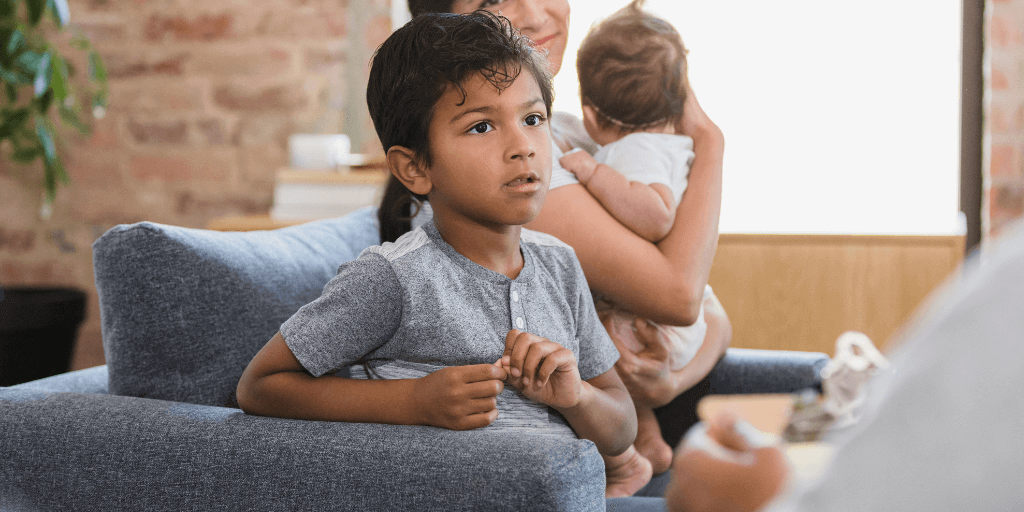 A growing body of evidence indicates the serious and long-term harm caused by coercive control. Yet we often do not consider its impacts on children and young people exposed to family and domestic violence.

Coercive control is defined as a pattern of abusive behaviour designed to create power or dominance over another person or persons. It is used to harm, punish, intimidate, degrade, isolate and frighten and may include a range of behaviours including verbal and emotional abuse, control of time, space and movement, continual monitoring, stalking, physical and sexual violence, financial abuse, denial of resources and isolation from sources of support.

It has been described as a language of control that victims are “intimately fluent in” and the “governing logic” of violence against women and children. There is clear evidence of serious and harmful long-term effects on individuals and families that experience coercive control. Aboriginal women, migrant women and those who live with a disability are significantly overrepresented and the COVID-19 pandemic has amplified these impacts further. Such is the recognition of its negative impact, the Attorneys General in all states of Australia jointly resolved in August 2022 to tackle a nationally consistent approach on how to legislate against coercive control and move towards a legally based response.

Much has been written on the use of coercive control by male partners on women, but this knowledge has not yet reached most research on children and young people which tends to focus more on their exposure to physical violence (Katz, 2015).

Young people can be exposed to coercive control in two main ways:

There is strong evidence that many young people do not understand or recognise the early signs of coercive control behaviour in intimate relationships. In the Young Life and Times Survey 2020-2021, conducted in Northern Ireland amongst 16-year-olds, only 16% reported having heard of the term coercive control and having some understanding of its meaning. The survey also found that a higher number of girls were unaware of the term and meaning of coercive control.

By addressing the underlying attitudes and behaviours that drive coercive control early and recognising that it is a product of social norms and structural inequalities, it may be possible to stop the behaviours before they start by changing the culture that allows them to happen. Using a primary prevention approach targeting awareness and recognition of coercive control in young people’s relationships has a number of advantages. A strong body of evidence from a range of fields indicates that intervening in childhood and adolescence is one of the most powerful ways of preventing problems in adulthood. Many of the factors that increase the risk of violence against women are particularly salient in adolescence – including alcohol and drug use, justice involvement and negative peer associations. Intervening early provides the opportunity to interrupt trajectories that might otherwise result in perpetration or victimisation.

As professionals working with children and young people, we need to recognise they experience coercive control as primary victims and that this has a serious and lasting impact, whether directed at them or in their presence. We also need to invest in research and resources that support more recognition of this issue and the harm it causes.

Our regular e-newsletters help connect you to our blog, research, free resources as they are produced and training opportunities including access to experts in the field, webinars, international speaker tours and our conferences.

More than 40,000 professionals from around the world are already connected. We would love to keep you in the loop.

By Annette Gillespie, National Lead Safeguarding Children Services    The Victorian Child Safe Standards were first introduced by the Commission for Children and Young People in Victoria with seven Standards in January 2016.  A recent review of the Standards resulted in new Standards being added to strengthen child safe practice and align the Standards with …

Running Away… to School.

How do we help our students feel safe? The start of the new school year is upon us, and Alexa Duke explores the implications of current research on bringing about a sense of safety and calm in our classrooms.

To my Teacher… A memo from a child in foster care.

How might a child in foster care find their first day at school?  In today's blog entry Jeanette Miller, Consultant in the Parenting and Early Learning Program at the Australian Childhood Foundation explores the topic in this letter to a teacher, from the perspective of a child in foster care.