This blog entry was authored by Lauren Thomas, Online Professional Community Manager at the Australian Childhood Foundation. A counsellor, teacher and trainer with experience facilitating therapeutic and educational groups, as well as working individually with children and young people, adults and families across a range of settings.

On Monday night, four corners aired an episode exposing what can only be described as the systemised inexcusable brutality of young people in detention in the Northern Territory. Appropriately, outrage at the graphic pictures of children being slammed into beds, stripped naked, tear-gassed, hooded and handcuffed, put in extended solitary confinement, and manacled to purpose-built restraint chairs ensued as the public were shocked at the treatment of our children and young people. The word ‘our’ is appropriate here. We share a collective responsibility for how children and young people are cared for – in particular those in the care system. 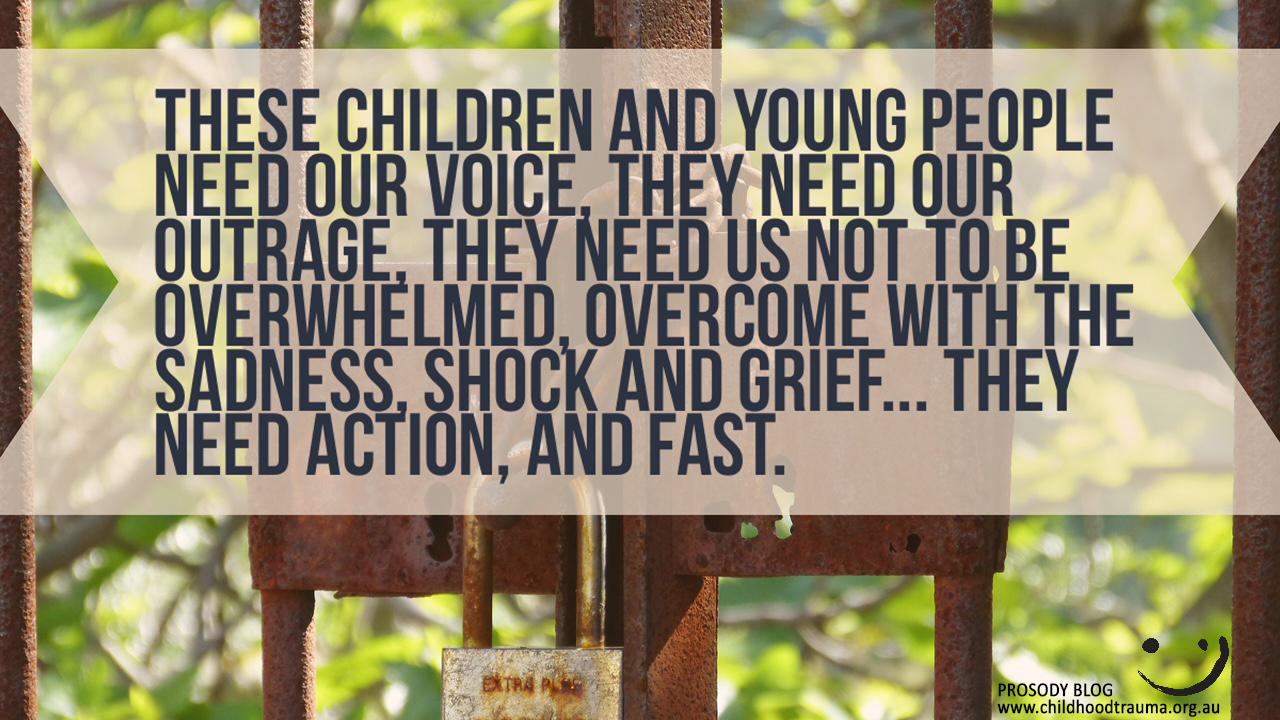 Our political leaders have begun the cries of ignorance and outrage, of cover ups and finger pointing. Prime Minister Malcolm Turnbull has announced a royal commission and whilst I support the royal commission – I can’t help but wonder why more isn’t done. These children and young people need our voice, they need our outrage, they need us not to be overwhelmed, overcome with the sadness, shock and grief of the situation… they need action, and fast.

97% of those detained the Don Dale facility are indigenous Australians. Aboriginal young people make up almost 96% of the juvenile detention population in the Northern Territory despite only comprising 44% of the population aged between 10 and 17. These disproportionate rates of incarceration have been known for a long time. But inquiry after inquiry, and even previous royal commissions like that into Aboriginal deaths into custody and the Bringing Them Home report have revealed systemic issues, small moments of hope followed by limited action on recommendations. As Principal legal officer at the North Australian Aboriginal Justice Agency, Johnathon Hunyor told Buzfeed news “A royal commission can’t be a historical summary of the bad things that have happened…Yes, we need to shed light and accountability, but it has to be about the future and how we can change this toxic culture in youth detention and how we are going to get services out there to traumatised kids.”

Prime Minister Turnbull has assured us that this Royal Commission will be a “thorough inquiry… to get to the bottom of it, and expose what occurred and expose the culture that allowed it to occur and allowed it to remain unrevealed for so long” (The Age). In addition, the police have been asked to investigate if the prison officers broke any laws in the treatment of these young people… if they broke any laws.

This is a second, even broader issue brought to the fore by this story. In December 1990, Australia ratified the UN Convention on the Rights of a Child (CRC). This means that Australia has a duty to ensure that all children in Australia enjoy the rights set out in the treaty (Australian Human Rights Commission).

Some of the core principles of the CRC are:

But despite our status as a signatory to the UN Convention of rights to the Child, Australia has a rather horrible collection of stories currently exposing a pattern of children’s rights violations beyond just Don Dale. We also have investigations underway into youth detention in other states, allegations of abuse to asylum seeker children whilst also in detention, Governments who know about abuse allegations who refuse to speak to the media and who attempt to silence our own Human Rights Commissioner, and all of these have already been investigated and reported on – naming us as breaching the convention, as having a Government in breach of international law.

There are already options available to improve outcoms for young people in detention facilities. There are models of care and juvenile justice with empirical research to prove their capacity to better support young people to access their rights and promote not just survival but development. These solutions require investment of time and energy, of money and of consideration. They are often not quick fixes, and don’t always sound sexy in policy… but they do line up with our commitment to children, and with the beliefs of the greater community demonstrated by the outrage shown this week. 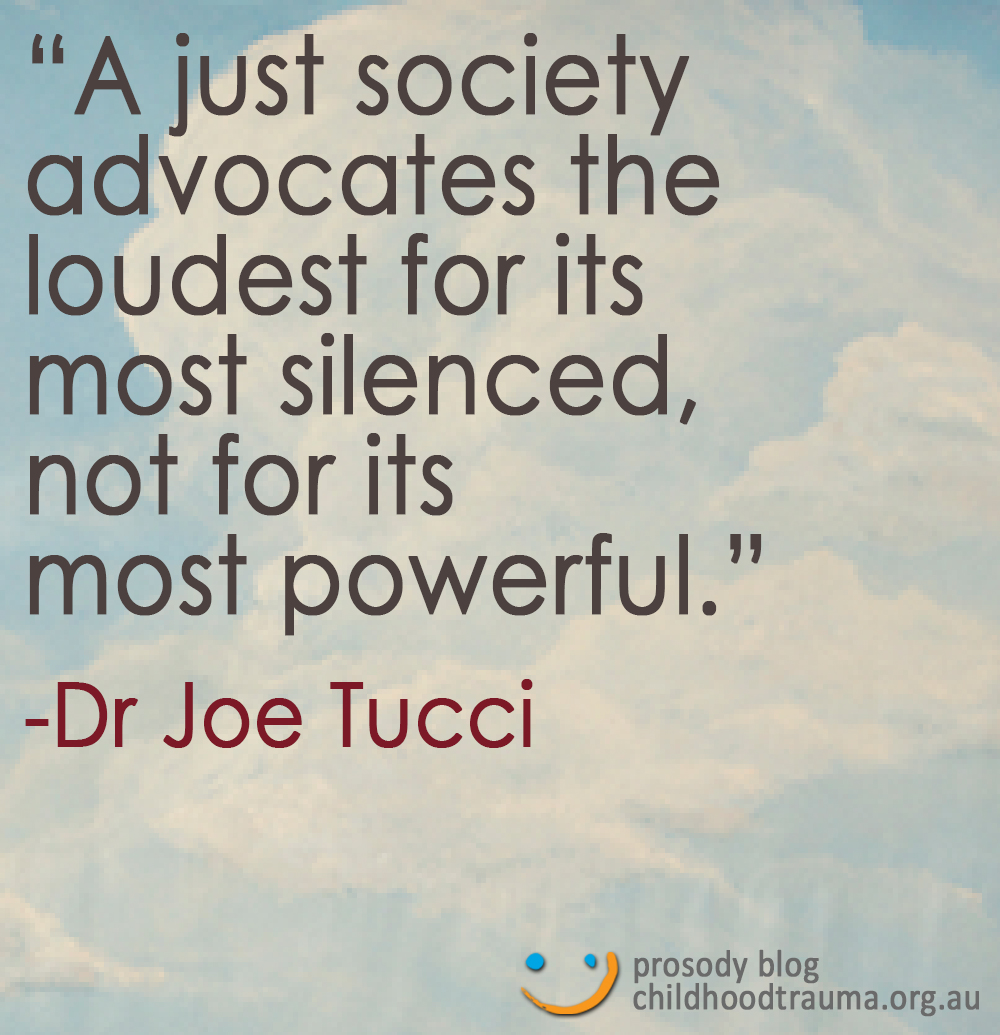 Perhaps now is a good time to consider who we – as a community of people in Australia – want our country to be with regard to children. Our CEO Joe Tucci has said it before, “A just society advocates the loudest for its most silenced, not for its most powerful”. These children need more than our anger, they need our understanding and they need our action.

As a group of professionals who work with vulnerable children, I share with all of you a sense that we need to think deeply about what has led to this. This is not the first royal commission, far from the first investigation. That children in care are not well supported is far from unknown.

We are angry about these particular breaches of their rights. The vision on our screens was abhorrent and stayed with us. It reminded us of our own children, those we work with and those we parent, and reminded us of vulnerability. But we need also to acknowledge that these children have a background of rights violations; their rights to protection, their rights as victims of abuse and trauma, their rights to access their culture, to understand themselves and to meaningfully participate in what happens to them.

There is a call to action that comes from these reports. By all means fight… petition your local member and federal member, let them know that we don’t want to be known as this country that won’t support child development in an equitable manner. Join the call for us to ratify the convention against torture, or even just to uphold the convention of children’s rights that we’ve already signed. Let our leaders know that child protection needs national reform, national standards and national action, that we are tired of reading another story of another child who has died at the hands of known predators or abusive parents. 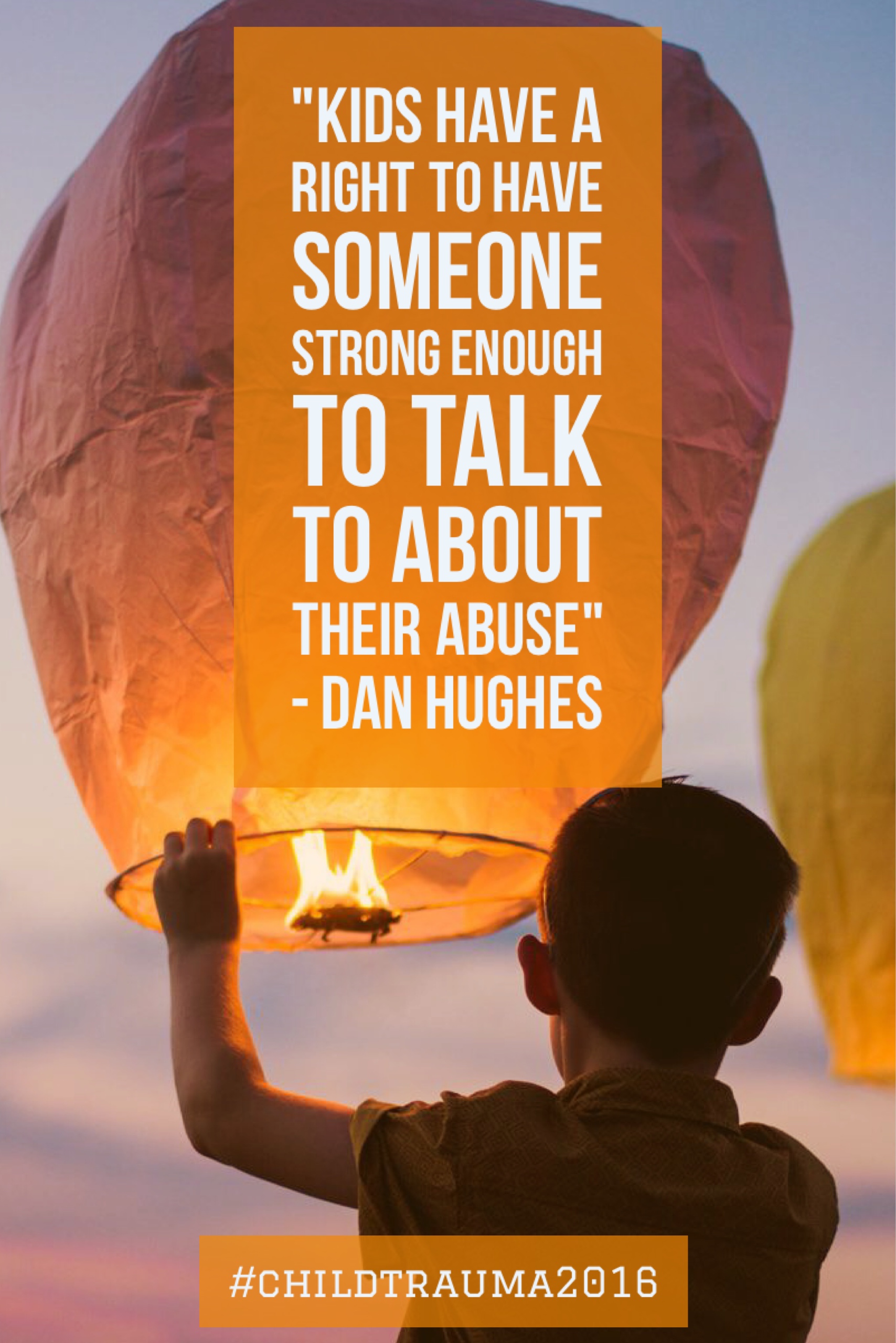 There is another level too for us to engage with and consider. At the 2016 International Childhood Trauma Conference Dr Dan Hughes encouraged us all with his message that children have a right to have someone strong enough to talk to about their abuse. These children need this too. How have we responded? Have we found ways to sit with the trauma that these children and young people have experienced or are we more likely to side with (even if unspoken) the community narrative that their behaviours are to blame, and that this means their needs are less important?

We live in a democratic country, which means that our leadership make decisions that for the most part reflect the beliefs of the people. So our attitudes matter. In each moment that we accept or are permissive with unchecked racism, in the opportunities not taken to object to messaging around juvenile justice promoting behaviourist models, when we don’t stand up for the needs we know underlie the behaviours these young people present, it is then that we let this happen.

Our role, as professionals and people with knowledge of trauma, is to share that knowledge with others, to educate, to inform and in doing so we contribute to a change in attitudes, in awareness and hopefully in response. We can make a difference – we can contribute to the work that makes us a better country, a better place for all children to grow up.

Sometimes change comes from the bottom up – not just the top down. Today, don’t just be angry; commit to telling others what you know, but also make a point to tell the children in your world that they are loved, that they can tell you anything, that they will be believed and that when they are wronged it will matter. Tell them because it is true, and because that is what a just society would demand.

The fourth article in this series of articles on assessment, here we examine how to conceptualise and assess the needs of children and families as it related to case planning and intervention.

Guest blogger Sylvia Huntington looks at why adult survivors of childhood abuse are not getting what they need from our mental health system.