I killed my fish

As a Child Psychologist working with traumatised children, I hear a lot of stories, some of which are sad or cruel, some unbelievable or amazing. These stories provide me some insight in the different ways these children experience the world. It is my challenge to unravel the story and try and discover the key to why this story is so upsetting or overwhelming to them. Sometimes that leads to an unexpected outcome.

Six-year-old Stacey was referred to me by her mother. She had uncontrollable rage, which started after she witnessed domestic violence in her father’s house two years ago. Her parents had been divorced since she was three. When Stacey visited her father for the weekend, his roommate got very drunk and trashed the house. Stacey’s father tried to calm him down and called Stacey’s mother to come and pick her up. She found her hours later in the garden. Mum stopped contact-visits but Stacey had been aggressive since that day. 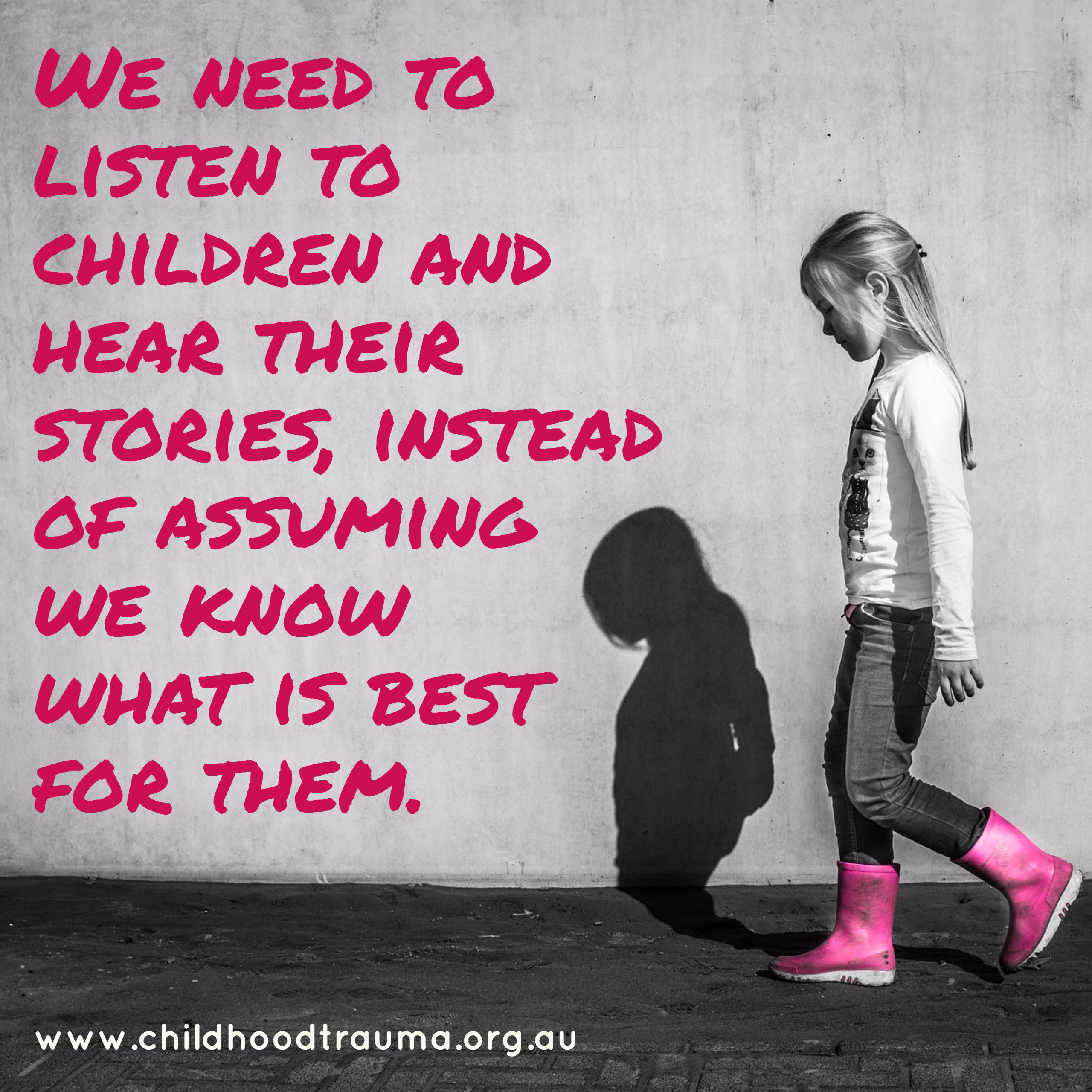 Stacey listened quietly while her mother told me this story. She did not remember much, she said, but after a while she started to talk. There was a fishbowl in the living room, she said, with two goldfish that her dad had bought for her. When her dad’s roommate became violent he broke the window with a chair. Then he started to throw plates and cups on the floor and when he tried to smash the TV with a frying pan he knocked over the fishbowl. There was water everywhere and the fish were lying on the floor gasping for air. Stacey described what she had seen. The largest fish had his eyes closed and hairs on his chin. He was gulping, opening and closing his gills. Stacey quickly got some water from the bathroom to pull over her fish. “I wanted to put them back in the bowl, but then he stopped me”, she said. Stacey poured another bucket of water over the fish, but it was not enough. “I should have taken them to the bathroom in the bucket”, she whispered. “It’s my fault, I murdered my fish”. Big tears rolled over her cheeks. A surprising outcome, we had no idea.

After talking a bit more about what she could have done, we started fantasizing about fish-heaven where her fish were now swimming around in clean water and with fresh plants to eat. A smile came over her face and she sighed relieved. “It is such a long time ago, I think I can forgive myself”, she said and ran off.

Stories like these prove to me how important it is for us clinicians to listen to children and hear their stories, instead of assuming we know what is best for them. In the most complex cases where I had no clue what to do, often it were the children themselves who eventually told me what was wrong and what they needed. It can be hidden under severe problematic behaviour or in contradictory statements, but it is always there. All we need to do is be genuinely interested and listen very carefully. They will tell us.

Rock cairns, reflections and lessons from 2020

This blog article was written by Chris Cussen, a Senior Advisor in the Therapeutic Services of the Australian Childhood Foundation.   A friend introduced me to proper hiking when I was in my early 20s. I learned about things like switchbacks, trangias, scroggin, gaiters, and cairns as a part of this new adventure. Cairns are …

This blog is jointly written by Nicole Balfour, Team Leader of Therapeutic Services in Ovens Murray Goulburn, from the Australian Childhood Foundation team based in Albury, and Colleen Tait, the Acting Manager of the Families and Children’s Team at Junction Support Services. Based in Wodonga, Victoria, Junction Support Services has been changing lives for 30 years through supporting people …

This blog entry was authored by Noel MacNamara, National Manger Policy and Research My wife and I care for two children: 6 and 10 years old. They were exposed to multiple traumatic events prior to coming into our care. These events were compounded by attempts to reunify them with their parents. What follows will be …